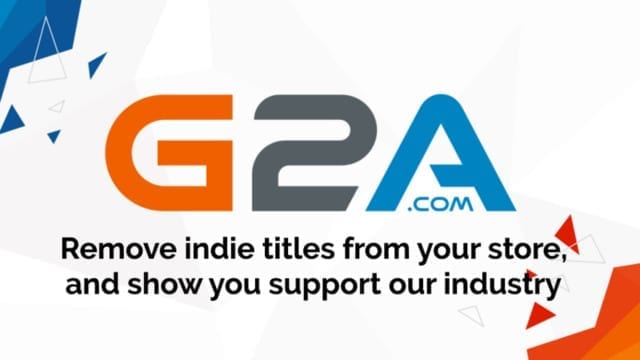 The controversy involving G2A and indie developers is reaching a fever pitch. Last week, Mike Rose, founder of indie label No More Robots, posted a short video on Twitter showing how G2A used Google’s sponsored ads to go over the publisher. This means that the publisher makes no revenue from sales through those ads, as G2A takes the revenue instead.

In the latest episode of Fuck G2A:

G2A has taken out sponsored ads on Google, which mean that when you search for our games, you get G2A popping up above our own links — and we make zero money on our games if people buy through the ads.

And when you try to turn their ads off… pic.twitter.com/hSiIkaOLle

Following the controversy, a few indie developers openly called for consumers to pirate their games rather than purchase them from G2A. The most notable developers were Rami Ismail, co-founder of Vlambeer, and Descenders developer RageSquid. Mike Rose himself also asked the same in a follow-up tweet.

If you can't afford or don't want to buy our games full-price, please pirate them rather than buying them from a key reseller. These sites cost us so much potential dev time in customer service, investigating fake key requests, figuring out credit card chargebacks, and more. https://t.co/25NWxrj8f8

Please torrent our games instead of buying them on G2A https://t.co/gktACBP1KZ

The ramifications of developers making this kind of public statement have been examined by GameDaily.biz in a feature that details a “thorny legal picture”. The conclusion of the article is that G2A would probably continue to practice its shady business, despite the protests from indie developers. Now, Mike Rose has just started a Change.org petition to stop G2A from selling indie titles on its platform. As of the time of writing, the petition has reached over 500 signature in just three hours.

An open call to G2A and game dev:

G2A says that only 8% of their sales come from indie titles, yet smaller devs make up the majority of the industry.

So I'm calling for G2A to ban the sale of indie titles on their platform.

As Mike Rose explains, the petition is only for people who work in the video game industry, so if you’re just a consumer, you can show your support by liking and retweeting instead.

This isn’t the first time developers and critics have taken to denounce G2A. In 2016, indie label tinyBuild posted a comprehensive breakdown of the financial impact that G2A has on indie developers. In 2017, Gearbox Software made a deal with G2A over Bulletstorm: Full Clip Edition, but following some criticism from the late John “TotalBiscuit” Bain, the company made a list of demands over the deal. G2A responded a few days later and accused Gearbox of “defamatory statements”. The official statement is still available on the official website.

Right now there’s a Twitter storm going on. The official G2A account is trying to justify its business practices with the excuse that if they didn’t do it, someone else would.

Do you think that if G2A would close down tomorrow, the problem would be non existent within a month?

What do you think of the whole controversy? Should G2A stop selling keys of indie titles? How can indie developers and publishers protect themselves from such grey market practices? Drop your comments below, tell us your thoughts!