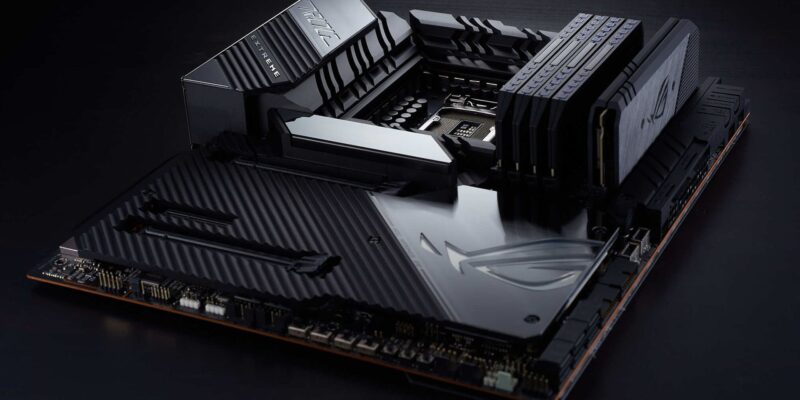 It’s always a bit of a battle to keep ahead of the curve when it comes to new motherboards and chipsets. The plot has thickened now that Twitter user @momomo_us, who has a history of leaking new tidbits concerning hardware, has dropped a treasure trove of information today regarding over 50 brand new Intel budget B660 and H-series motherboard models that we’re hearing about for the first time. They’ve broken this information up between five of the biggest manufacturers, including ASUS, ASRock, Biostar, Gigabyte, and MSI. Obviously, until we get official notice on these boards, the final specs and prices are uncertain.

These boards fall under three types: B660, H610, and H670. These are all budget motherboards that work with Intel’s new Alder Lake chipsets. This new line debuted just over a month ago, and makes up Intel’s 12th generation Core processors.

On the ASUS side, 22 motherboards are included, with the vast majority being Intel B660 models. ASUS is one of two manufacturers listed that have H670s included in the mix. There are also plenty of DDR4 options available, which is a nice change of pace from the DDR5 dominated Z690 models. MSI has even more boards listed, with 24 options to choose from. Unlike ASUS, every single one of MSI’s boards are B660s, instead of just being mostly B660. This list, however, likely has full ATX boards, so those of us who like to have larger builds will be in luck with those.

On the other end of the spectrum, there are only two Biostar boards listed. Both are B660s, but there aren’t any details on what specs will be available. Gigabyte has 13 boards on offer, 9 of which are B660, leaving the other four for H610. Finally, there are 14 ASRock boards. Again, mostly B660s, but there are a few H670s listed as well. That’s a lot of motherboards which will hopefully make it more affordable for people to build themselves some powerful new machines using Alder Lake CPUs and chipsets.

By Sam Robins20 hours ago
Hardware