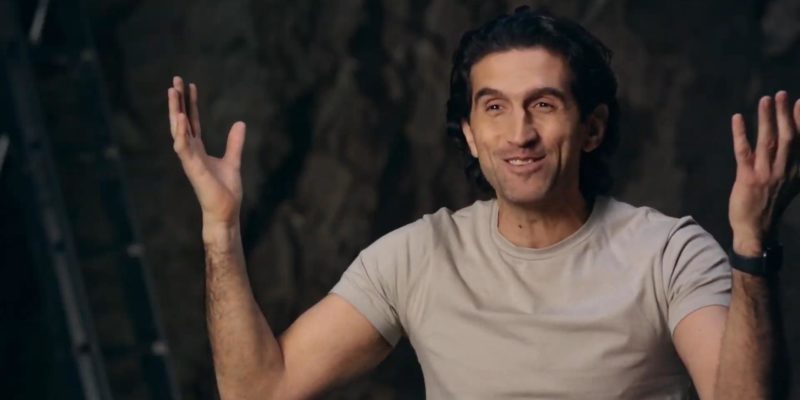 Josef Fares, probably best known for shouting “Fuck the Oscars” and then releasing the kind-of okay A Way Out, has announced It Takes Two at EA Play Live.

It’s a co-op action-adventure platformer about a small girl trying to deal with her parents’ impending divorce. Specifically, she makes two dolls out of wood and clay, which magically come alive and controls parents and their emotions. According to Fares, it will “blow your fucking mind away.”

It Takes Two to tango next year

If you read that sentence and still don’t have much of an idea of what It Takes Two actually is, then welcome to the club. Fares says that it’s about “pushing the boundaries of what is possible in games,” but that’s fluff.

We do know that you’ll be using the dolls to control the parents, and their emotions. “Almost playing their emotions,” says Fares. “There’s even levels where we’re actually making a mechanic for their emotions.” I don’t know what that means, but it sounds… interesting? 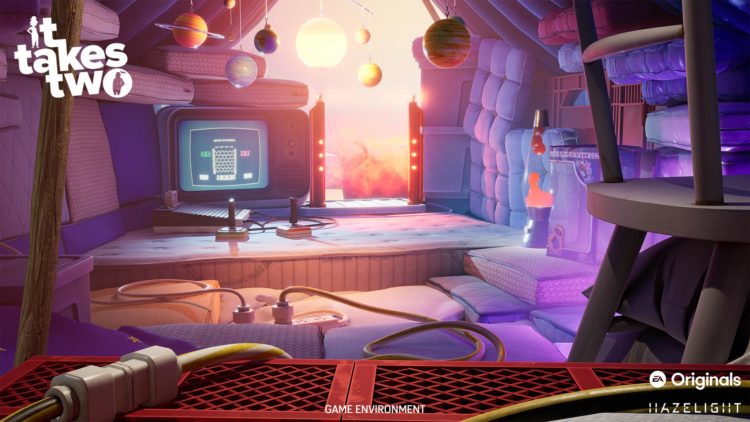 You know what? I’m just going to quote Fares again:

“It Takes Two is a crazy rollercoaster ride that doesn’t really have an ending. It has an ending! But that ending is that the rollercoaster crashes and you fly into the sky and get up into space, and when you’re in space, you’re like, ‘What the fuck am I doing up here?’ And then maybe you get back to earth again. That’s the best way to describe It Takes Two, actually.”

I’m pretty sure that’s not the best way to describe It Takes Two. 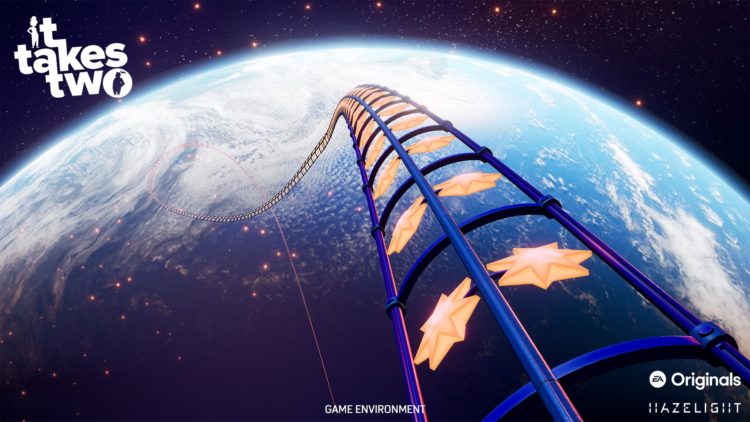 Although I guess the rollercoaster may not have been an exaggeration.

Looking at the environment screenshots, which is about all we have, it does indeed look like a rather pretty platformer. I’d guess it’s a 3D platformer, but some of the segments in the trailer look very 2D, so it may be a blend. Either way, we’ll probably find out some more concrete information on what it is before its release in 2021.

Apex Legends is coming to Steam with cross-play