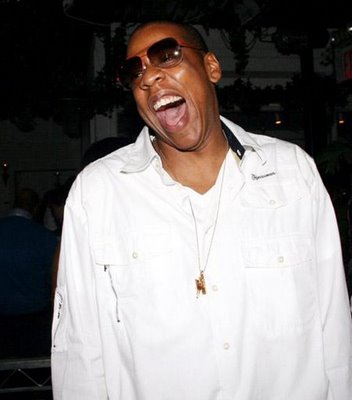 In case you missed it, Jay-Z (yes, the Jay-Z, the guy hanging off Beyonce’s arm) is executive producer on 2K Sports’ upcoming NBA 2K13.

We recently spoke with 2K Sports’ Chris Snyder about the rapper/entrepreneur/fashionista’s involvement and how he will shape the game. Snyder was cagey about giving away too much info, keen to keep certain bits of info underwraps until September when a bunch of new info is promised, but he wasn’t short on praise for man that once featured in the hysterically immature feud between himself and fellow rapper Nas.

According to Snyder Jay-Z is a “visionary” and “everything he touches does amazingly well.” Oh, and he also likes the game.

“Jay is a massive fan of the game which has made it a really fun ride. He’s had a direct impact on how we’ve put the USA Dream Team into the game. Plus, we’ve got something that we’re not revealing until September but when we do that’ll show just how important Jay has been to the game and how far he has been integrated into it.”

And what does he think of the game?

“He likes what we’ve done with the control stick. Like any other fan he wants more control of the players, and every year we try to find a way to do that. But, like you said earlier, it’s a fine line to do that without revolutionising things too much and freaking everybody out.

“It’s just nice to see how big a fan he is. Not only because of how famous he is, but because how relevant he is in the basketball world as the part-owner of the Brooklyn Nets. The guy is just such a visionary and everything he touches does amazingly well.”

NBA 2K was doing amazingly well before Jay-Z. So, by employing so basic maths, NBA 2K13 is going to be the place “where dreams are made of, oh, there’s nothing you can’t do.”

Sorry… that was awful. Jay-Z, I love you.