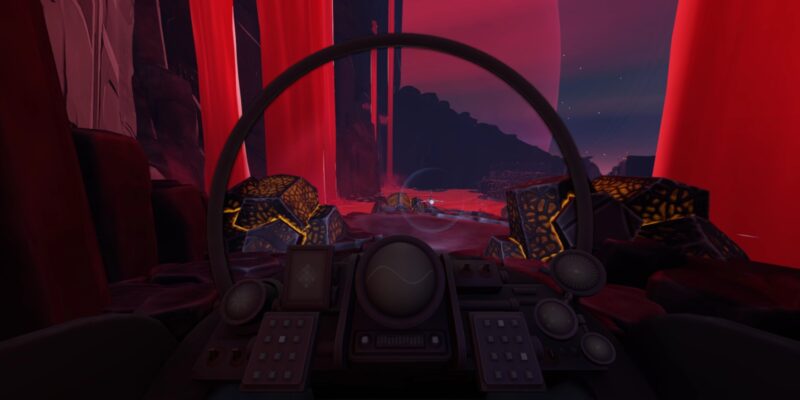 JETT: The Far Shore missed its launch window last year due to surrounding concerns with the ongoing pandemic. However, developer Superbrothers soldiered on, presenting a new gameplay trailer earlier in July, while maintaining the promise of a 2021 release. Yesterday, the developer was able to bring a new trailer to the Opening Night Live stage at gamescom 2021, showing off some exciting new gameplay. However, the trailer offered one final bit of news. Jett: The Far Shore finally has a release date, and you’ll be able to skim its starry skies on October 5.

The new trailer shows off plenty of what to expect in the game, from the fantastic to the macabre. Don’t think I missed that brief flash of flailing tentacles. What the hell is that all about? Jett is clearly aiming for two types of experiences, delivering the awe of majestically soaring over alien worlds, as well as stuff that’s, well, pretty alien.

As the scout and “anchorite,” Mei, it’s your job to explore a new, unknown world covered in ocean. You do so in your ship, called a jett, which allows you to fly over the planet and take in the eerie scenes. There are also moments when you need to get more up close and personal. For that, you embark onto the planet and seek out its mysteries. The camera seems to shift into first person during these moments, allowing you to wander across the landscape and into caves. While the developer promises calming exploration in the game, there is also “occasional white-knuckle action, moments of heartfelt companionship, and a helping of existential dread.” We’re talking about those tentacles again, aren’t we?

Just don’t take off your helmet

So far, JETT: The Far Shore is looking intriguing. The game’s story has Mei and crew following something called “the hymnwave,” which is “an interstellar invitation that propelled a people to look beyond their troubled skies and across the sea of stars, for salvation.” There will also be moments in which you’re able to interact with other scouts at their headquarters.

JETT: The Far Shore will allow you to go where no man has gone before when it releases on October 5 for the Epic Games Store.