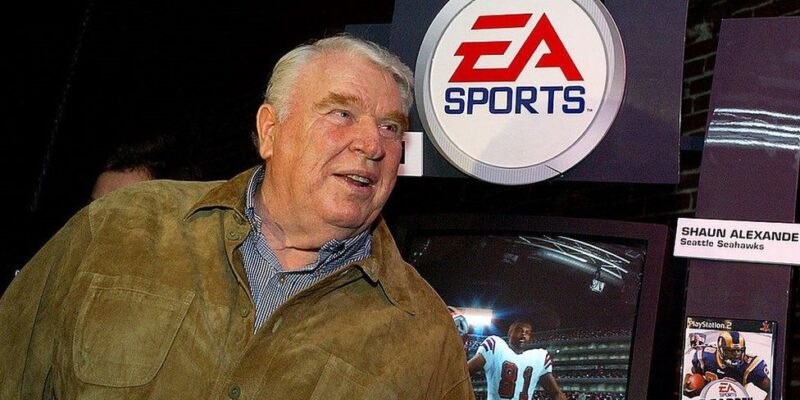 There are some names in sports that are so well known, no matter whether you watch sports or not, you know who they are. Names like Michael Jordon, Tom Brady, and Wayne Gretzky are seemingly etched in stone. One of those names was John Madden, who sadly passed away Tuesday morning at the age of 85.

Even for someone like me who doesn’t watch sports, I knew who John Madden was. Of course, that’s in no short part to the series of EA’s Madden NFL games that bear his namesake. Let’s not mince words: before Madden, sports games, well, kind of sucked. When Madden first got into the football video game scene in the ’80s, his desire was first and foremost on quality. He refused to lend his name to the game if it had fewer than 11 players per team. Madden was one of the most beloved and respected coaches in NFL history, where his tenure for the (then) Oakland Raiders was the stuff of legends.

After retiring from coaching, Madden moved to the field that would make him a household name across the country: broadcast commentary. Madden brought something to the booth that no one else had before him. He was able to analyze plays in a clear and concise way that anyone could understand. His expressions like “Boom!” and “Doink!” that dotted his commentary were iconic, and helped bring even the most unseasoned viewer right into the game.

A huge loss for sports and gaming

Madden was also a larger-than-life personality with a down-to-earth attitude that fans and players both loved. After every Thanksgiving game he commentated, he would give his player of the game a “turducken” — that’s a chicken stuffed inside of a duck, in case you didn’t know. The NFL did not release a cause of death, but his loss is felt across the country.

It is hard to imagine where sports games would be without Madden’s influence. But it is a safe bet to say that they would be much worse off than where they are now. Our hearts go out to John Madden’s friends and family.