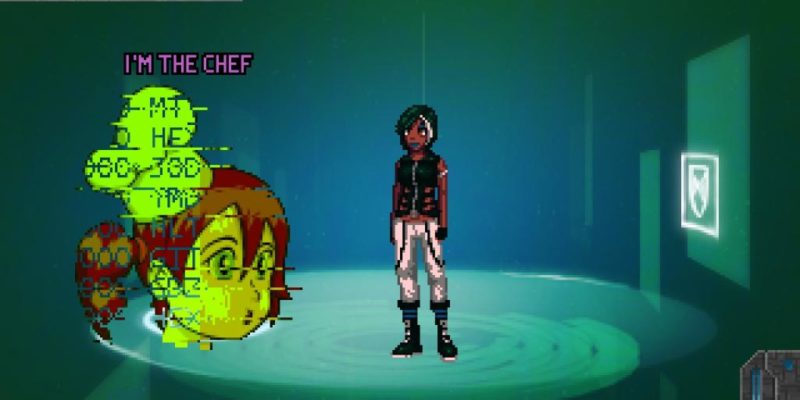 Puzzles in the internet-like Trance make a great deal of sense through a combination of real-world logic and the game’s own internal logic, which is quite a feat.

Jonathan Blow, independent developer of the highly successful indie game, Braid, has a vivid memory of the moment he became rich. In late 2008 he was $40,000 in debt and living in a humble apartment in San Francisco. Blow had recently finished spending more than 3 years refining his project at the time, Braid, whose $200,000 process had been funded solely buy Blow himself. Braid released and went on to be highly praised by both critics and consumers, however Blow continued to see no income. Until one Autumn day, sitting in a cafe in the city’s Mission District.

“I opened up my Web browser and [expletives], I’m rich now,” he recalled. “There were a lot of zeros in my bank account.”

Blow did not take this as most people would though, and remembers being irritated by his luck, he referred to his windfall as “Absurd”. He then went on to explain how his rapid change in situation made him realize how superficial money is.

“It just drives home how fictional money is,” Blow said. “One day I’m looking at my bank account and there’s not much money, and the next day there’s a large number in there and I’m rich. In both cases, it’s a fictional number on the computer screen, and the only reason that I’m rich is because somebody typed a number into my bank account.”

Although Blow takes his finance quite lightly, he certainly did not squander it. He decided to use the majority of his funds to finance a highly ambitious video game. Although video games are now fully mainstream, not many carry the artistic individuality we have come to expect from mainstream media. Many games tend to end up becoming nothing more than a glorified shooting gallery, and often we receive finance-friendly sequels in favor of innovation. Blow expressed his concerns towards the topic.

“I think the mainstream game industry is a [expletives] den of mediocrity,” he said. “There are some smart people wallowing in there, but the environment discourages creativity and strength and rigor, so what you get is mostly atrophy.”

Although Blow’s opinion of the industry may seem harsh, he is just as hard on his own work. The Witness has so far received $2 million in funds from his own money, and he intends for it to be the game that finally proves video games to be a legitimate form of Art. However Blow’s approach toward video games as an art form is rather different to most others. He is unwilling to sacrifice the game in favor of Art, whereas some developers who try to make art the leading foot of the development process can sometimes end up with a pretty slideshow that lacks depth in gameplay.

“If the video game is going to be used for art purposes, then it has to take advantage of its form in some way particular to that medium, right?”

Blow’s approach toward the development process is certainly inspiring. To see a developer with the freedom to create their vision without having to cave to the publishers every want and need is a refreshing break in an industry that is otherwise becoming flooded fast with increasingly similar products. Hopefully Blow will achieve his goal with his latest project, and simultaneously provide consumers with a game that breaks the mould. The Witness is expected to release later this year, but no release date is currently set in stone.

Top 10 Most Immersive Worlds in Games