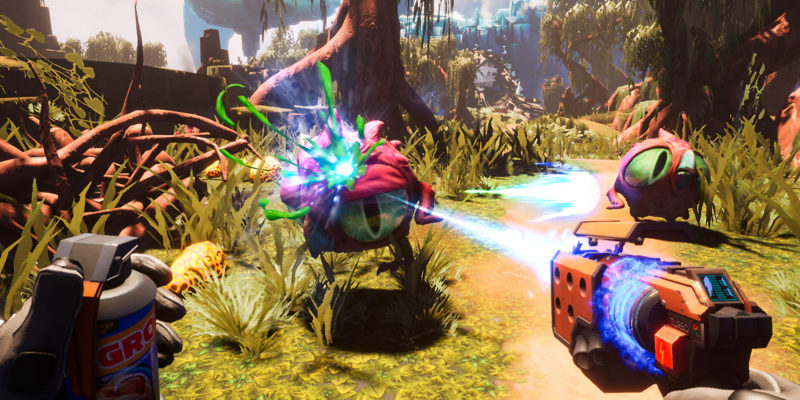 Journey to the Savage Planet has gadget upgrades that are locked behind Science Experiments that increase your Explorer Rank. Think of these as mini-quests or bounties. Here’s our guide on how to complete these tasks.

First, here are some important tips to take note of: 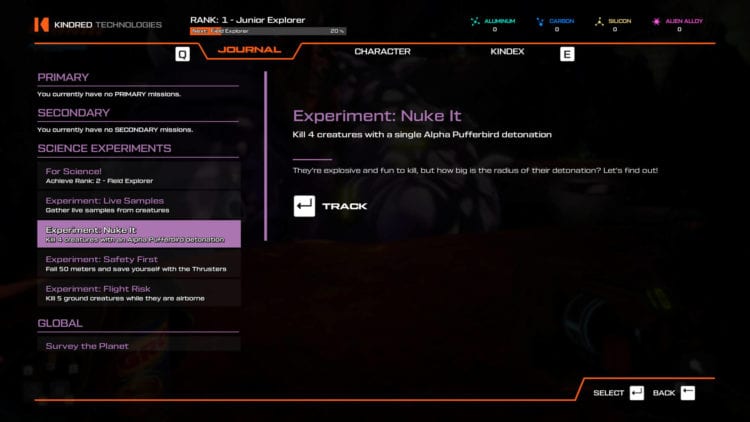 Gather live samples from a Pufferbird, Baboushka, and Pikemander – All of these creatures are found in Journey to the Savage Planet‘s first biome, The Landing Site – Towering Crystals. Make sure you’ve already obtained your Live Sampler tool beforehand. 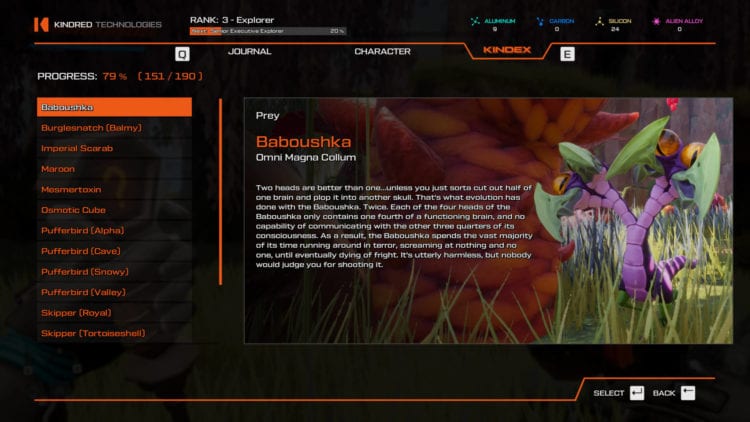 Kill 5 ground creatures while they’re airborne – Kick and slap Pufferbirds to send them flying and shoot them while they’re in mid-air.

Kill 4 creatures with an Alpha Pufferbird detonation – At the Landing Site – Cliffs of Mt. Gzarfyn, you’ll find several Stone Armor Pufferbirds and one Alpha. Throw a Grob Bait to get them clustered together then kill the Alpha Pufferbird to cause an explosion. 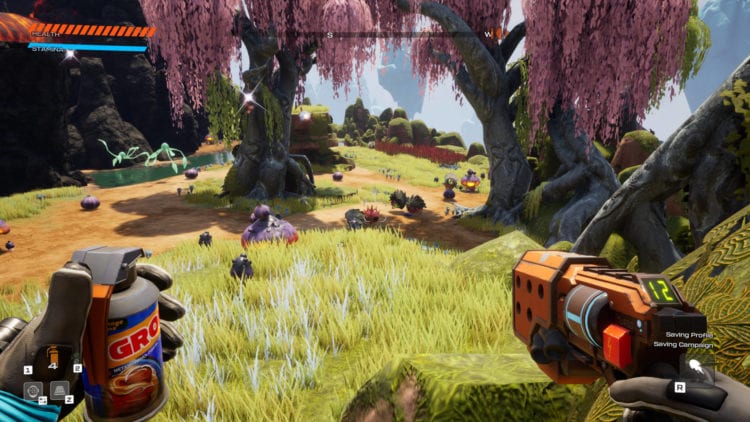 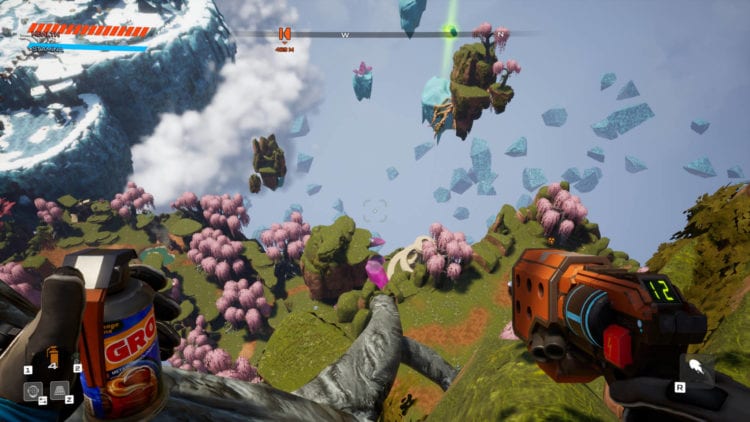 Gather live samples from a Kapyena, Jellywaft, and Infected Pufferbird – All of these can be found in Journey to the Savage Planet‘s second biome, The Itching Fields. Jellywafts are very common in most areas, Kapyenas are in the Fungi of Si’ned VII, and Infected Pufferbirds are inside the cave that takes you from Planetary Flotsam to Festering Chasm. 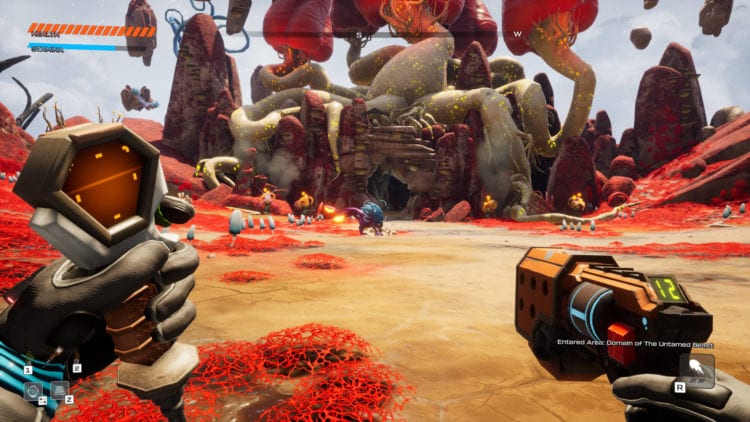 Hit 2 creatures with an acid burst from a dying Prime Jellywaft – The objective can be frustrating due to how these Prime Jellywafts float around. Head to Planetary Flotsam where there are a couple of platforms with several Pufferbirds and a Prime Jellywaft. Throw a Grob Bait to get Flufferbirds to cluster around. Then, once the Prime Jellywaft floats right above them, kill it to have its acidic bile hit the mobs. 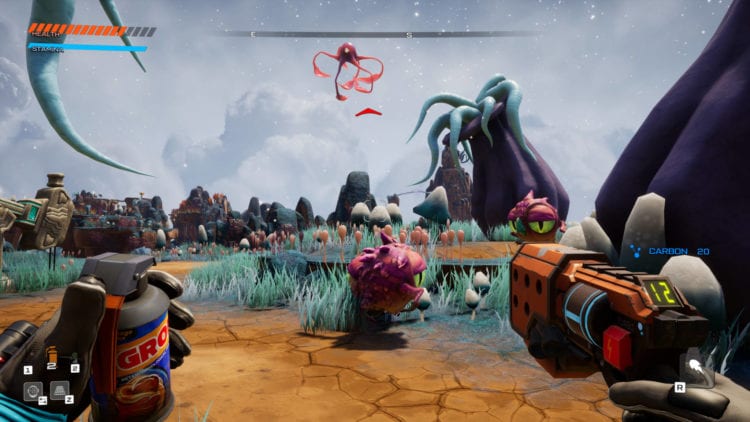 Kill 4 creatures while they’re stuck in Binding Bile within 3 seconds – This task is a bit easier. While you’re in the Planetary Flotsam area, just find a spot with several Flufferbirds (ie. the floating platform with the alien altar). Throw a Binding Bile and just shoot everything. 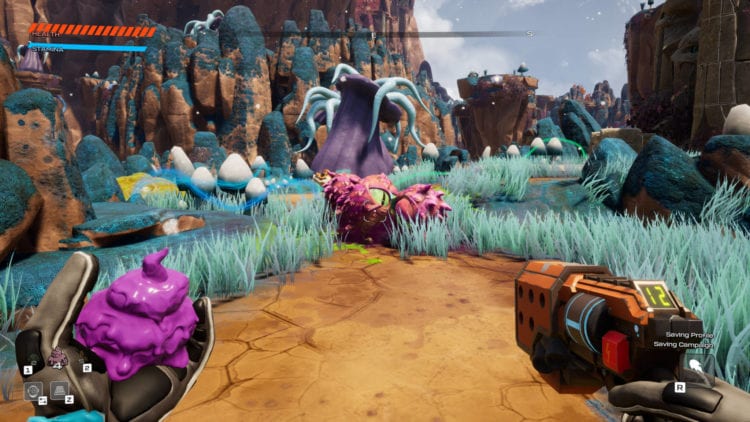 Kill 3 amber-armored Pufferbirds with a single Bombegranate – This is easily done in the Festering Chasm area. Throw your Grob Bait, then a Binding Bile, then a Blight Bomb to melt their amber armor and, finally, a Bombegranate to make them explode. 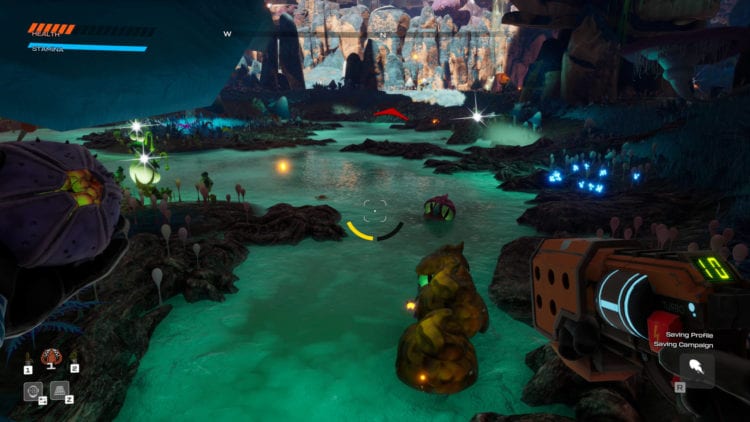 Gather live samples from a Slamphibian, Schnozo, and Imperial Scarab – The Elevated Realm – Slamphibian Pit has Slamphibians, obviously. Imperial Scarabs, meanwhile, are in Xerophilous Landing and the Pillars of Xzorgana. Lastly, Shnozos pop up along the pathway going to the Repaired Teleporter. 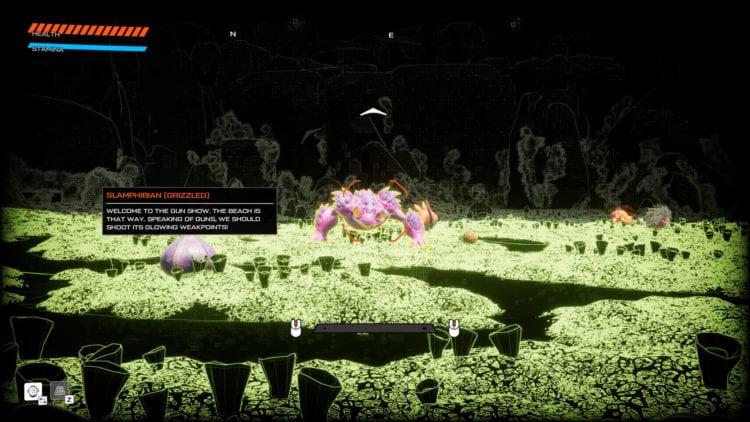 Kill 10 creatures in a row using only melee attacks and without getting hit – Head back to the Landing Site’s first area and start slapping every Pufferbird you see. Make sure to avoid predator enemies.

Kill 5 creatures with a single Charged Shot – You’ll need the Bounce Bomb upgrade for this. You can head to areas with several Pufferbirds (and various subtypes) milling about such as Cliffs of Mt. Gzarfyn, Planetary Flotsam, or Festering Chasm. Make sure your Charged Shot is ready. Do the same actions as before: Grob Bait -> Binding Bile -> then fire your Charged Shot.

Kill 4 creatures while they’re shocked by lightning within 3 seconds – Easily done in your favorite spots, just be sure to have all the mobs shocked beforehand (in case the lightning attack doesn’t chain). 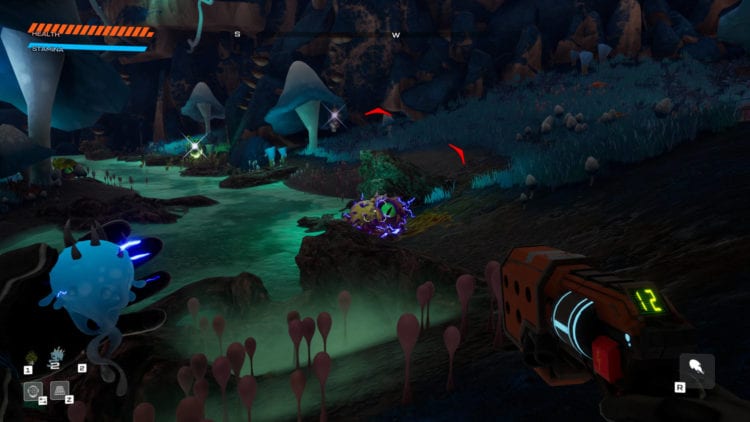 Frog Fractions: Game of the Decade Edition will leap to Steam in 2020

By Logan Broadley13 hours ago
Guides