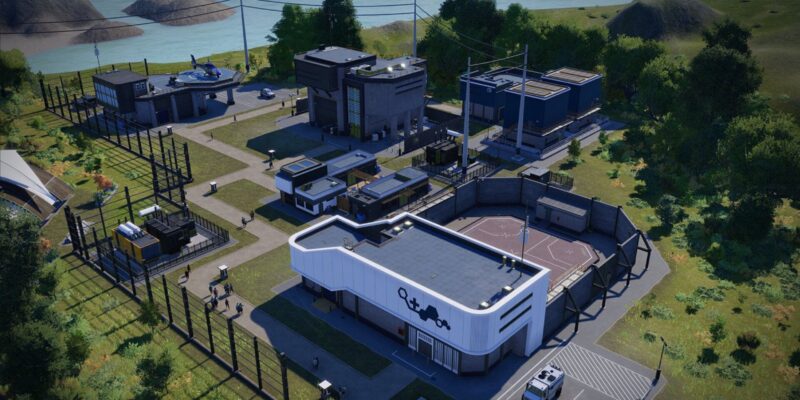 How to manage scientists and research in Jurassic World Evolution 2

The first thing you’ll want to remember in any game mode in Jurassic World Evolution 2 is that absolutely nothing will get done if you don’t have scientists. By default, you should have at least a couple available. Still, you can decide to recruit a few more. Here are the important tidbits: 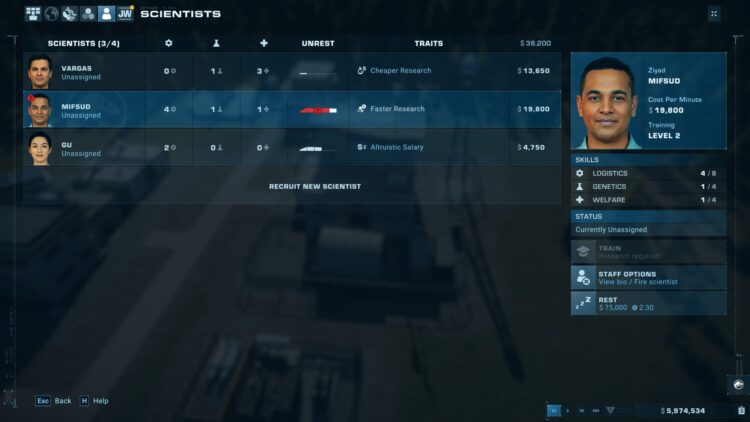 Scientists also start with set perks. Some are quite helpful:

Note: Skills and perks do stack. For instance, if a task requires +5 Logistics, and you have a couple of scientists with a total of +10 Logistics, then the duration will be shortened. This is also the case when you have multiple scientists with “Faster X-activity” perks. 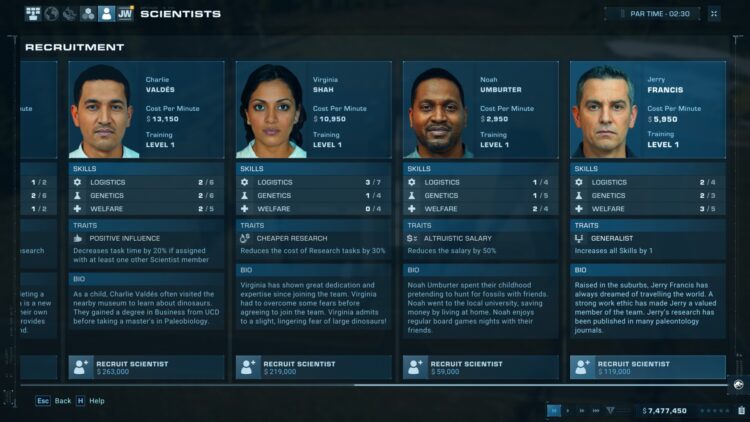 There are three research categories in most Jurassic World Evolution 2 game modes: 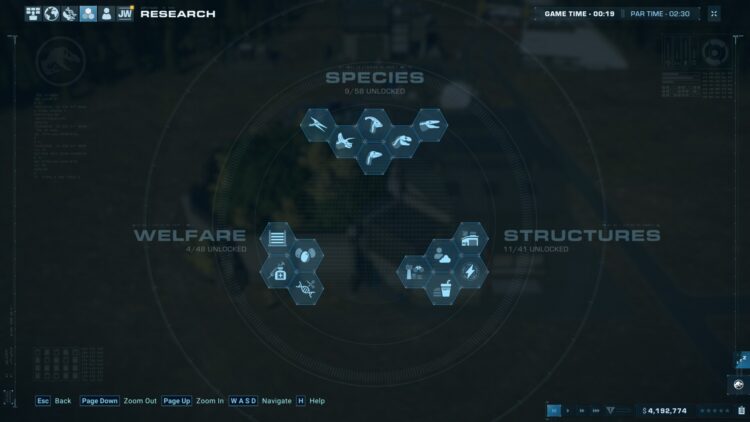 In most cases, the requirements to unlock research nodes in Jurassic World Evolution 2 are fairly straightforward. For instance, you might be asked to increase your park’s star rating or have a number of dinosaurs roaming around. We even encourage you to pick the Challenge mode – Germany (easy) map since you can also obtain most dinos and buildings in a single run. The stuff you unlock there will become available in Sandbox mode.

However, there are a select few that have trickier requirements: 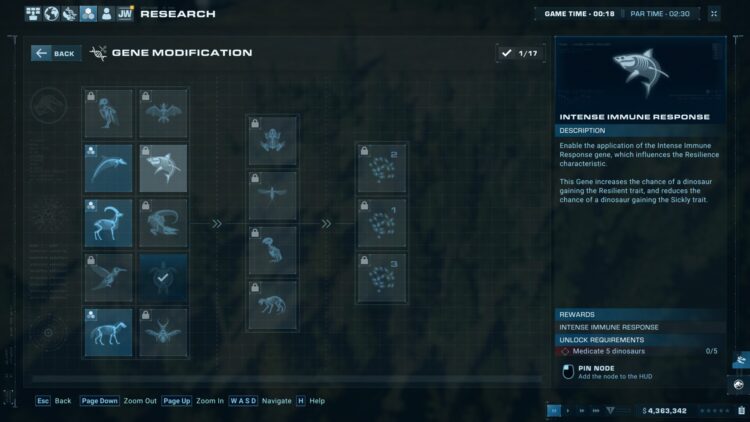