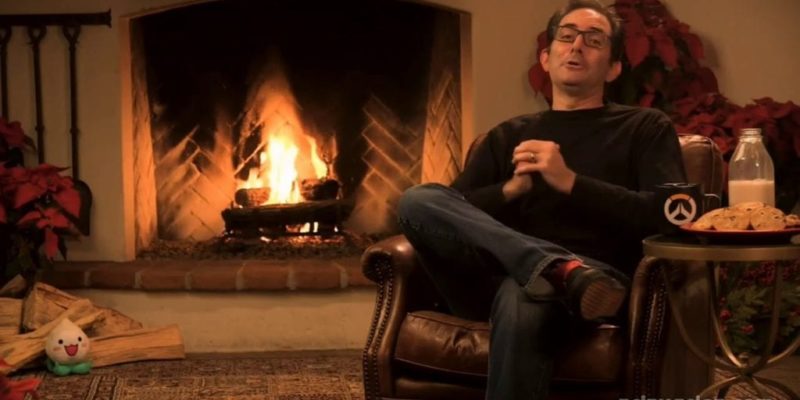 The bizarre Yule Log Overwatch Stream featuring Jeff Kaplan sitting in front of an open fire for hours took a strange turn hours into the stream this evening.

The Overwatch community has been glued to the stream for hours and there has been some break in the action with Jeff being handed a present, a mic boom falling on his head, and then he broke his lengthy silence.

“To say a thank you to all of and make this an extra special holiday, me and the Overwatch hero team are proud and excited to announce the next hero is going to…….”

The stream then breaks up at the vital point. It then continues:

The stream then went back to Jeff just sitting there and the Twitch chat went nuts. Blizzard just trolled the viewers hard. He did reference Sombra who must have hacked into the stream to cause the disruption and perhaps there is a hidden message in the interference. Fans with some time on their hands will no doubt be picking this apart frame by frame.

Here’s how it went when Kaplan eventually spoke.

Paragon – Everything you need to know