It was announced back in February that Jordan Mechner (of Prince of Persia fame) was revisiting his first hit, the side-scrolling martial arts fest Karateka, in remake form, for Xbox Live and PlayStation Network. Karateka was originally released on the Apple II computer somewhere around the Renaissance (or maybe 1984) and looked a little something like this: 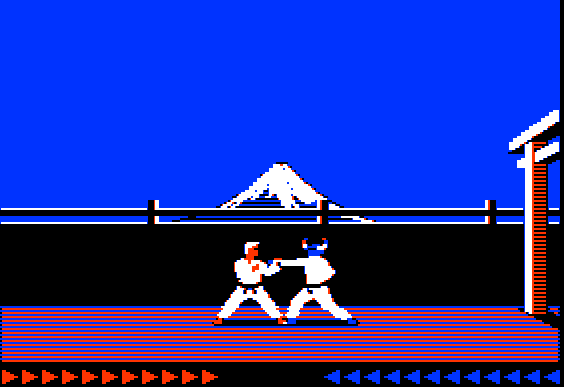 Excellent, I’m sure you’ll agree, but perhaps not quite to the tastes of the videogame enthusiasts of 2012.

As a result of a switcho-changeo redesign, it’ll now look more like this when it’s released on 14 November: