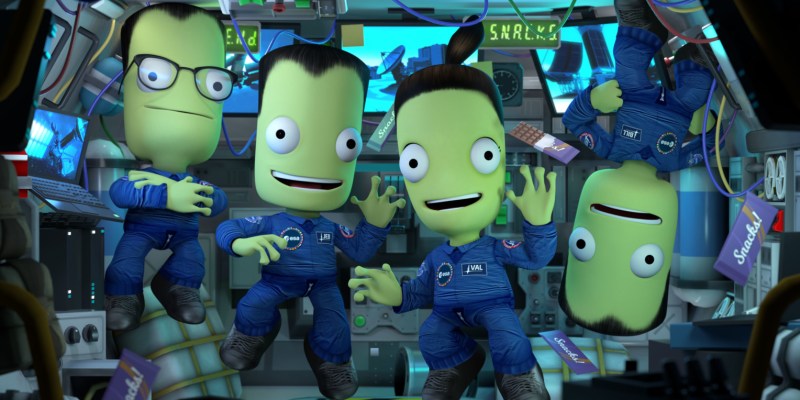 Forget about the landing. The takeoff for Kerbal Space Program 2 has its own fair share of problems. The game, a physics-based space simulator, has been delayed once again, this time to 2022. It was previously delayed to 2021, although the reason behind the latest hindrance is apparently to make sure that when it does eventually launch, Kerbal Space Program 2 will be spacefaring.

The decision to delay Kerbal Space Program 2 was announced through a forum post on the game’s site from Creative Director Nate Simpson. “Gonna rip the band-aid off fast here: Kerbal Space Program 2 will release in 2022 instead of fall 2021,” said Simpson. He went on to say that the game was delayed to ensure that the game’s quality lives up to community standards on release. “It’s not enough to deliver a bunch of new features,” said Simpson. “those features have to be woven together into a stable, polished whole.”

Simpson didn’t reveal how far along development is at the moment, but made it known that a lot has been done and that what has to be kept secret is “killing us.” Until the KSP 2 team is ready to reveal more about the game, eagerly waiting fans will just have to get by on screenshots, feature videos, and developer diaries. When it does eventually release, Kerbal Space Program 2 will bring co-op multiplayer, a first for the series.

This marks the third delay for Kerbal Space Program 2, the development of which has been wrought with setbacks. The game’s original developers, Star Theory Games, were replaced by Private Division, a studio under the gaming giant Take-Two. It was also revealed that Take-Two had been poaching Star Theory Games’ developers in an attempt to starve the developer and inch progress along. Eventually, Star Theory Games closed its doors, and development for the whimsical space-sim fell on yet another new developer owned by Take-Two, Intercept Games.