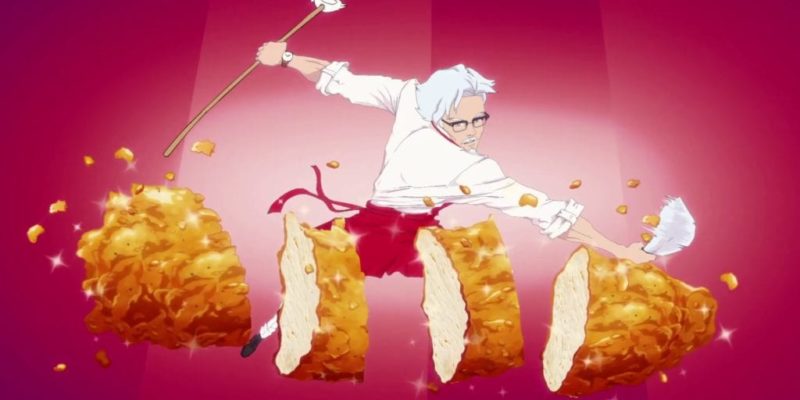 We’ll all soon be able to live out our fantasies of whining and dining Colonel Sanders into a romantic relationship. In an absolutely puzzling decision, KFC has teamed up with developer Psyop to create I Love You, Colonel Sanders! A Finger Lickin’ Good Dating Simulator. As the name implies, the ultimate goal of the game will be to whisk your way into the Colonel’s life as his significant other, sharing buckets of deep-fried chicken together. There will be biscuits, potato wedges, coleslaw, and love aplenty!

The herbs and spices of love

Currently scheduled for a Sept. 24 release date, I Love You, Colonel Sanders! has a Steam store page that gives us some extra insight into the plot for this wacky gem. “Welcome to the most delicious dating simulator ever created,” the description reads. “Do you have what it takes to be the business partner of and win the heart of the most famous chicken salesman of all time?” It looks like your character will be attending a culinary course that the Colonel is hosting, with the ultimate prize being a chance to go into business with the legendary chef.

The game is said to have “multiple hours of gameplay” and will feature nine different characters for you to befriend. You’ll participate in cooking battles, there’s some kind of progression system, and you’ll even be able to unlock a secret ending. Don’t forget — 11 herbs and spices will be present for you to enjoy. This sounds way more involved than a joke game should be.

I know I Love You, Colonel Sanders! is all a big marketing gimmick, but I’m kind of in love with it. KFC isn’t what I’d call good food, but people have their vices and everyone is allowed to enjoy what they want. Even if I won’t be hopping down to my local restaurant for a bucket of fried goodness, I’m happy KFC is able to poke fun at its own legacy in such a delightful manner.