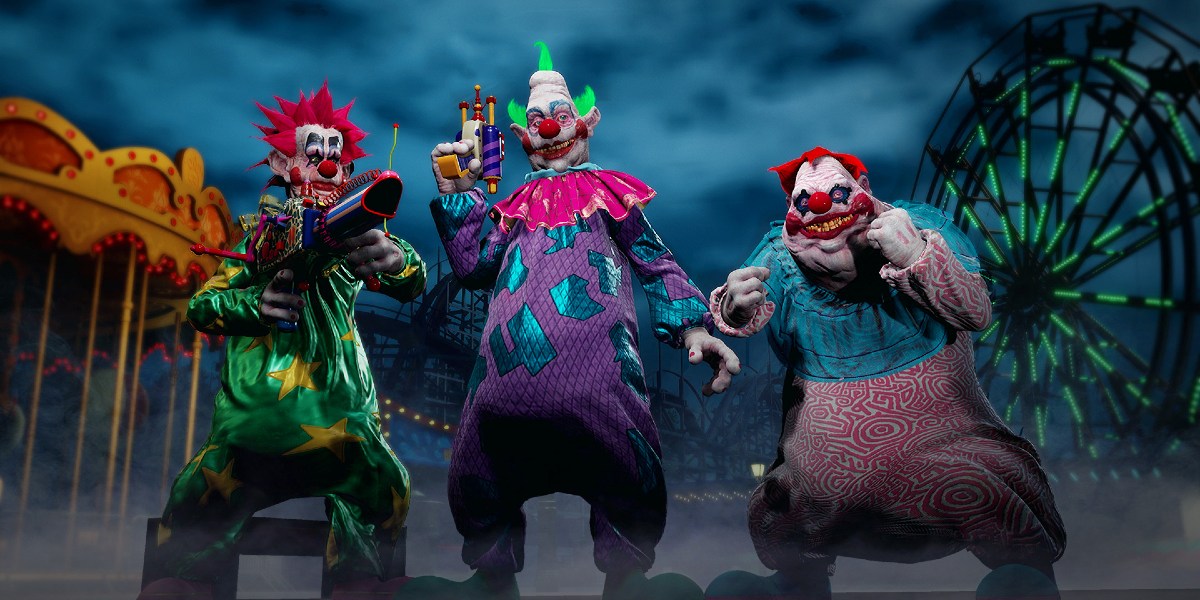 Late 2022 saw the reveal of Killer Klowns From Outer Space: The Game, an out-of-left-field adaptation of the 1988 comedy-horror cult classic film. The experience looks to be on par with similar asymmetrical multiplayer titles like Dead by Daylight and the upcoming The Texas Chainsaw Massacre game, though there’s a twist. Rather than the standard four-against-one formula, the game will pit teams of three klowns against teams of seven humans. A new Killer Klowns From Outer Space: The Game trailer from publisher Good Shepherd Entertainment highlights the cast of five creepy characters from which players can choose.

There isn’t much in the way of gameplay available at present, but the new trailer reveals the names and roles of all of the klowns in the game. The footage provides a small glimpse into the teamwork-dependent mechanics you should expect. The five klowns are called Trapster, Tracker, Scout, Fighter, and Tank, and they suit a sinister role. Though they aren’t shown in action, it can be inferred that some klowns are best at hunting targets, while others are best at attacking them head-on.

Tactics and planning look to be a huge part of Killer Klowns From Outer Space: The Game. While the five klowns are designed for specific situations, there are said to be a total of 10 different classes for humans, each bearing special attributes. Plus, there’s also going to be random map generation and PvPvE elements. All of this should allow for an incredible amount of variety. It could also help to interest players who aren’t necessarily familiar with the oddball IP.

Players who were already fans of the movie are likely already invested, but developer Teravision Games’ incredible attention to detail serves as the icing on the cake. A video comparing some snippets of gameplay to the movie was uploaded by the publisher in late 2022, and it highlighted the meticulous accuracy of the upcoming game. Killer Klowns From Outer Space: The Game, alongside other highly-anticipated projects such as Dead Space and Resident Evil 4, could help to make 2023 one of the most memorable years in the long history of horror gaming.