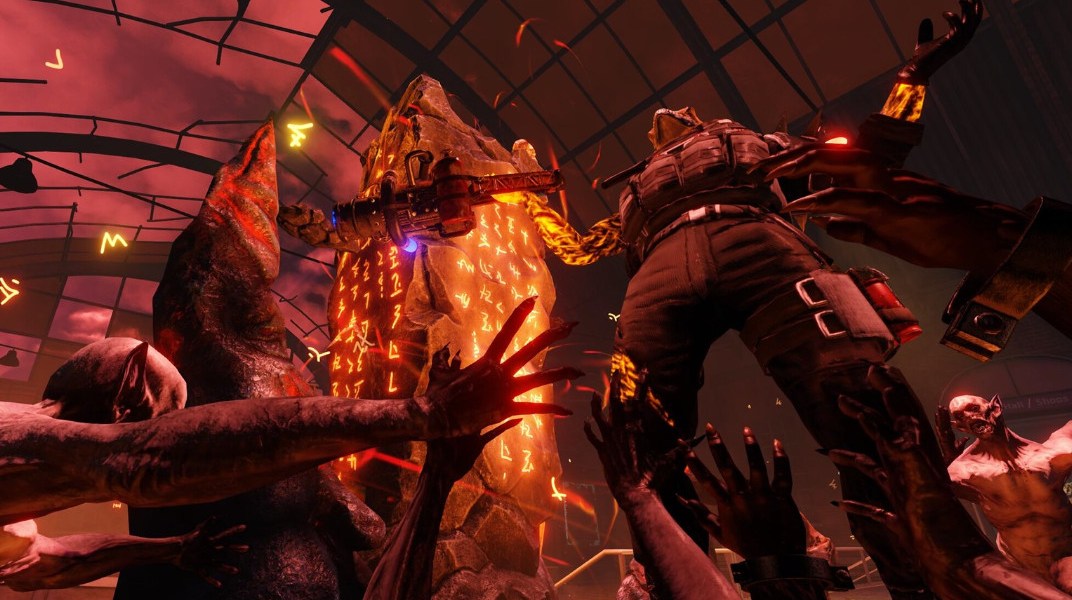 Killing Floor 2 is still getting updates four years after launch, and developer Tripwire Interactive doesn’t seem to be stopping anytime soon. A cornerstone of the team’s updates has been its seasonal map additions, and 2020 is no different. This time, the developer is bringing the Hellmark Station map to Killing Floor 2, and it’s new level based on London’s King’s Cross train station.

The initial idea for Hellmark Station was born out of the popularity of West London, one of the original Killing Floor‘s maps. The team didn’t want to simply port it over though, so they took the London setting and created something new. The English capital is a popular horror setting (think werewolves and 28 Days Later), so the team began research there. Tripwire deemed the large sweeping arches and glass roofed entrance of King’s Cross as a great horror location.

Of course being fictional, the team took some liberties. Tripwire went for a hellish theme, and when mixed with the more grounded nature of a London Station, it makes for a solid Killing Floor location. The team incorporated organic shapes, lava, and even Hell portals for spawning zombies, meaning it looks a little different to the real King’s Cross station. 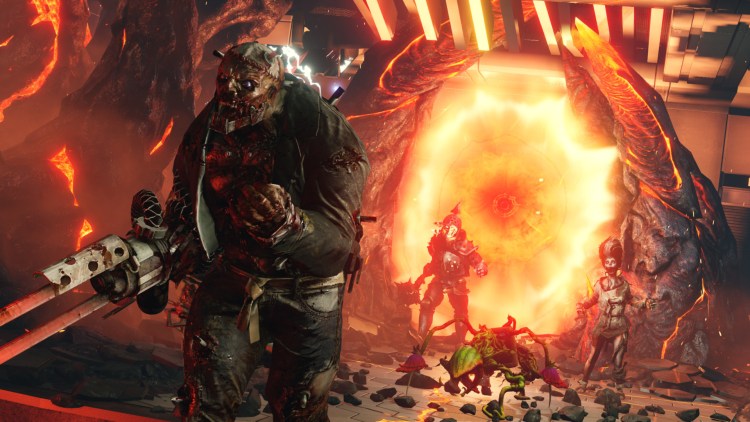 Outside of the map itself, the developer took some time to think about how the location fits into the lore. The team brainstormed ideas on tying it into previous events within Killing Floor 2, but the “fantastical elements of the infernal setting” steered them away from this concept. While Hellmark Station doesn’t settle into the official Killing Floor 2 canon, Tripwire has provided a little context. In short, the Patriarch got salty that zombies invaded London, (because he wants world domination of course) and he decided to sort them out himself. This means that the Patriarch is the official weapons trader for this map, a neat touch.