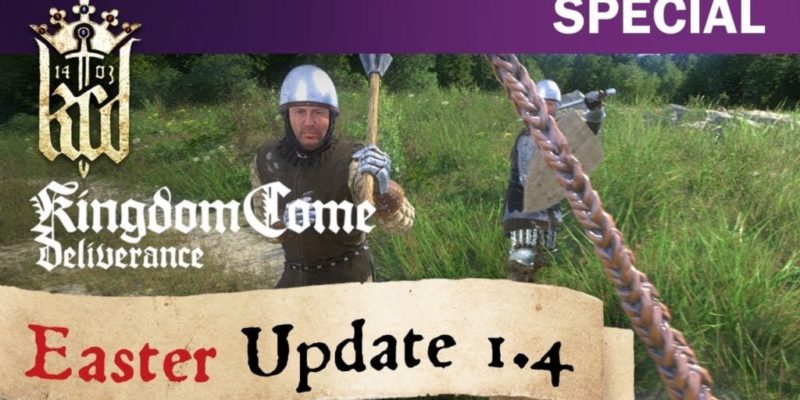 Warhorse has released the Kingdom Come: Deliverance 1.4 update just in time for Easter and it comes with some new bits and pieces.

All important new hairstyles have been added and whatever hair and bears “mechanics” are. The most important stuff is bug fixes and there are over 200 in this update according to Warhorse.

What players will really appreciate is the HD texture and audio pack which comes with this update as free DLC. The game should look even more impressive if your PC can handle it.

As a special treat, we’re releasing the first free DLC – HD Texture & Audio Pack for PC which together enhance the visual and audio experience of Kingdom Come: Deliverance. HD Textures boost the overall graphics of Kingdom Come: Deliverance to create an ever more lifelike look at 1403 Bohemia. HD Audio is available for all three voiceover languages (English, German and French) and enhances all in game voiceovers and sounds.

Blizzard tease something for Overwatch on 10 April – Uprising returns