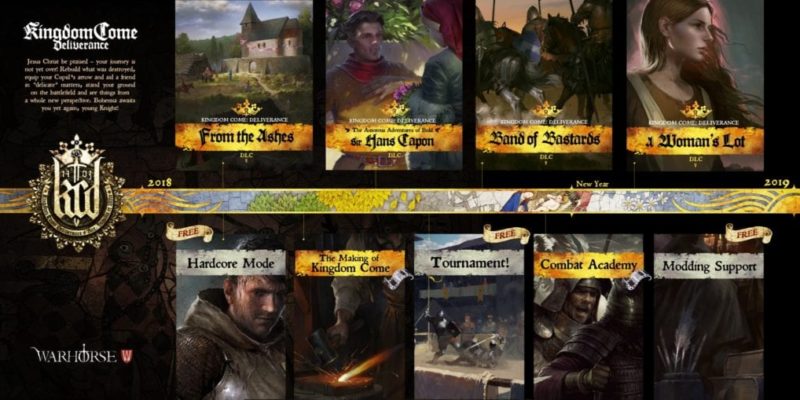 Warhorse is now ready to reveal what’s coming up for the medieval RPG Kingdom Come: Deliverance as far as full DLC and free content is concerned.

As well as four slices of story DLC, two or three of which will make it out this year starting with ‘From the Ashes’. There’s also a free hardcore mode, tournament, and of course modding support with others releasing free for backers.

All of this is outlined in the following image released this morning.

The Brilliant & Addictive Nature of State of Decay 2