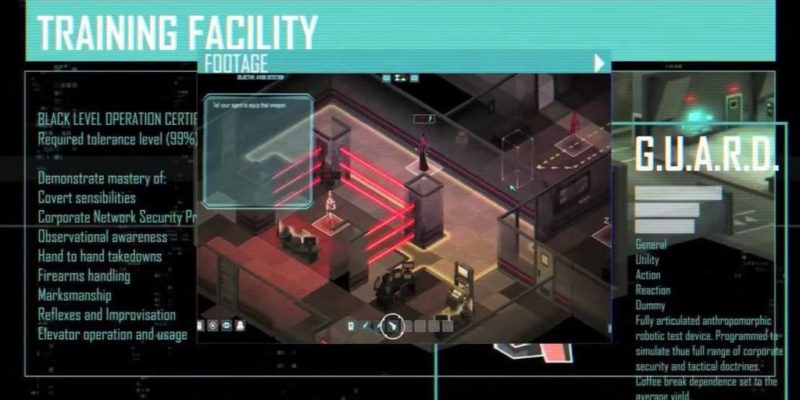 Everything with “Inc” in the name is worth paying attention to, obviously.

Klei Entertainment’s smartly named Invisible, Inc. stealth title will be going the Steam Early Access route to release. The studio announces that it’ll be available to buy on that platform from 19 August, but doesn’t appear to mention a price.

Invisible, Inc. is described as a procedurally generated, turn-based stealth title, and since Klei pretty much nailed 2D stealth with Mark of the Ninja, I’d fancy their chances at doing the same with X-Com-ish stealth.

Here’s what they say they’ve been working on since the alpha build, which people who buy the Early Access version will presumably get to see:

The game now has a mission map, where you can select your own locations. Some of them have specific objectives — others are simply there for you to raid for financial gain. Be careful, though, the corporations are getting stronger by the day.

We’re not quite ready to have an “end game” yet, so we’re releasing the endless mode first. Build up your agency and see how long you can last in the unforgiving world of corporate espionage!

Incognita has gotten an overhaul, and is now a suite of programs. You’ll want to upgrade her to maximize hacking efficiency.

Huge amount of gameplay and visual improvements — too many to list in one go. Some highlights include dragging bodies, way better Line of Sight and cover visualization, huge improvements to the HUD, the aforementioned map, resuable items, hacking drones allows you to control them… and more.

One of the more recent Invisible, Inc. video updates can be seen below. It looks lovely. Hopefully it plays lovely, too.