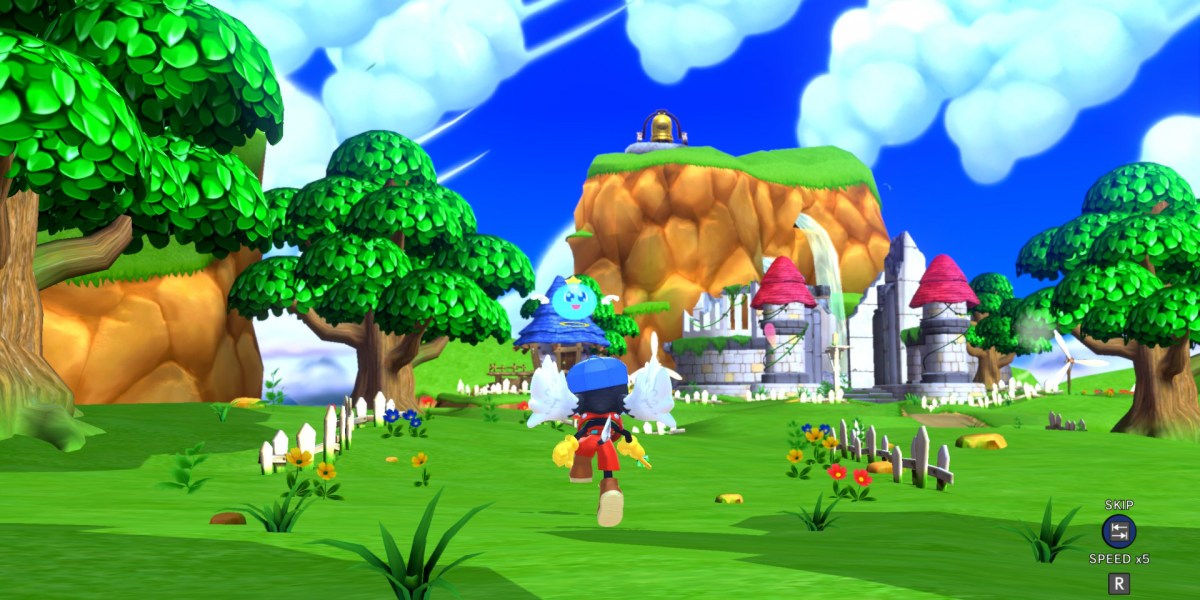 The Klonoa games were never what you’d call popular. The sequel launched 21 years ago to critical acclaim, only to sell so poorly that making another mainline sequel was put on hold. Seven years later, a fully 3D remake of the first game released with equally disappointing sales, leading to the series dying an inglorious death. When Klonoa Phantasy Reverie Series (what is up with that name?) was announced, I was truly surprised to see that the little guy was getting another shot. This is a remaster of two fantastic games, so it’s hard to have too many problems here, even if they’re both super short and make some undesired changes to the originals.

Klonoa Phantasy Reverie Series is a collection that includes the Wii remake of the first game as well as its sequel. For the most part, these are the Klonoa games that fans adore. I expected a barebones remaster that simply ported the titles and called it a day, but this has a bit more love involved.

For starters, the remake of the first game originally ruffled feathers by completely redesigning Klonoa. Here, his stature, face, eyes, and outfit more closely resemble his look in the 1997 entry. Surprisingly, both games have been retextured in a big way. What’s more, many of these textures are completely different from what they used to be.

While the games look good, series purists might take umbrage with how the toes of the art direction have clearly been stepped on. Lighting and coloration can look massively different, and characters just don’t quite look the same during cutscenes. Personally, I don’t mind, but some will prefer the originals for these reasons alone. This and more makes it seem like these are less like straight ports and more like the geometry was ripped and put into a different engine. 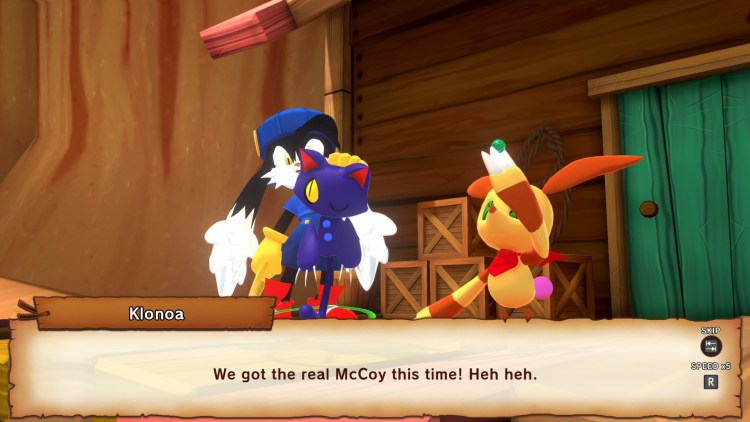 Another reason I think this is that both games in Klonoa Phantasy Reverie Series run perfectly well at high frame rates. I played both games at 120 fps and was very pleased to see the beautiful levels move so smoothly. But then there’s the physics. Various aspects of the gameplay feel kind of wrong. The jumps seem somewhat floatier than before. Maneuvers that worked in the other versions don’t always work quite the same here. The worst thing is undoubtedly that the range on Klonoa’s wind bullet is shorter than it used to be.

If you want proof of that, look no further than Vision 6-2 in Door to Phantomile. There’s a section where you have to grab flying enemies through open windows. Due to issues with the way the wind bullet works in this version, I found that I failed to grab the enemies repeatedly. It definitely worsens the experience in a notable way at times. That said, these issues are far from constant. The games are mostly a joy to play, but it’s unfortunate that these differences exist. 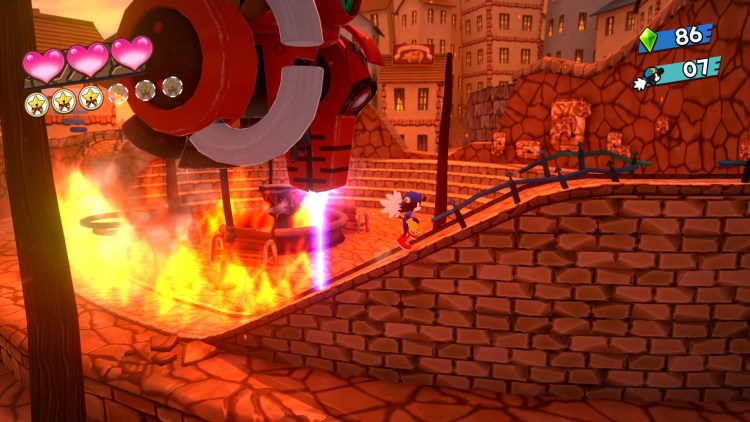 Strangely, certain features from the Wii remake have been cut. In that version, you could unlock mirror versions of the levels after beating the game. Mirror versions would then let you access special challenge rooms. Here, the mirror versions and the challenge rooms are nowhere to be found. This is especially questionable, as neither games is especially lengthy. You can beat Door to Phantomile in just three hours, while Klonoa 2 will run most folks around five. I would have imagined that a remaster would include as much extra content as possible.

As for the games themselves, Klonoa Phantasy Reverie Series is all about 2.5D gameplay. Everything is polygonal, but Klonoa moves on a 2D plane. However, the levels and their camera angles feature 3D logic and space. Enemies and geometry exist outside of Klonoa’s 2D plane, allowing them to be grabbed by the wind bullet or thrown through a 3D space. For instance, you may need to throw an explosive enemy somewhere in the background, only to move along the 2D plane and end up in the same location you just threw the enemy to.

Klonoa can’t attack on his own, but he can grab enemies with the wind bullet. Grabbing them inflates them, and Klonoa can freely move around with them in his hands. You can throw enemies at obstacles and other enemies, or you can use them to give Klonoa a double jump. The gameplay in Klonoa Phantasy Reverie Series is simple, but it still feels fantastic. It often requires you to solve little puzzles that utilize enemies, and these are often quite clever and interesting. Levels also have collectibles you can find, which reward you with an extra level or two per game if you find a certain number. Simply put, these games have some of the best 2.5D gameplay you’ll find anywhere.

Door to Phantomile has 12 levels and a final boss battle, while Klonoa 2 has 16 levels, and all of the boss battles are separate. Three of those 16 levels are retreads of other levels with some differences, though, so Klonoa 2 doesn’t technically have more levels than its predecessor. Boss battles are often a highlight, especially in the sequel, as they all have two phases. The sequel also has four levels with Klonoa on a surfboard. These are also a treat. There’s simply a lot to enjoy for the eight hours the games last. 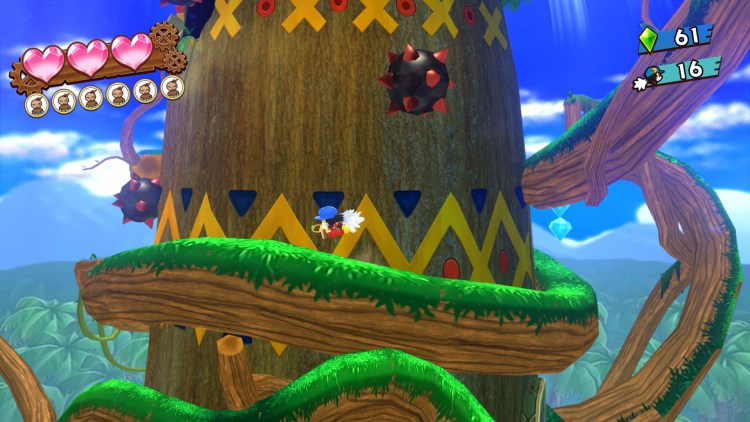 Klonoa Phantasy Reverie Series is well worth playing, both for fans of the series and newcomers. However, the price is needlessly steep. The collection retails for $40 USD, which is quite high for such short, old games. Including emulations of the two Game Boy Advance Klonoa games seems like it would have been easy. That could have made the price of entry more understandable. $25 USD sounds a lot better, as I can’t imagine many people who’ve never heard of Klonoa slapping down that kind of cash for these games, regardless of how great they are. Still, it’s awesome to have Klonoa back, and I’m hoping this collection sells well enough for us to get a new game.

Klonoa Phantasy Reverie Series offers two games that are still an absolute joy to play, even if the price is too high and changes to the physics and mechanics do a bit of damage.

Several Ubisoft games may be unplayable on Steam after September decommissioning, even for owners [Updated]

By Nathan Ball17 hours ago
Guides