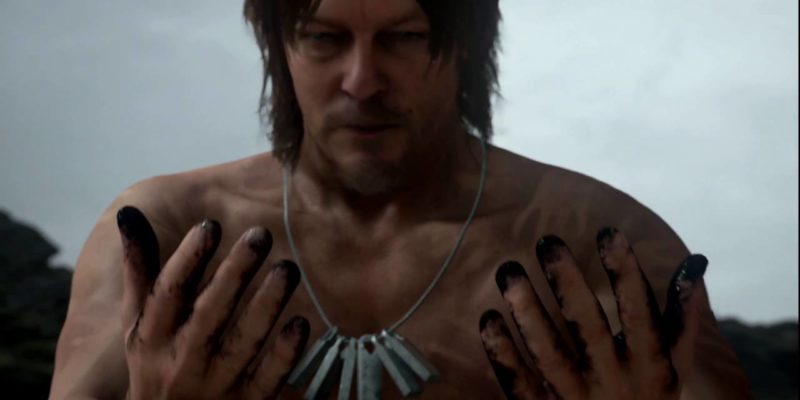 First things first, the new Kojima Productions project Death Stranding is not absolutely confirmed for PC; however, an old Sony Q&A suggested their first game would be a timed exclusive on PS4 and come to PC later. So let’s go with that for now.

Mostly I just want an excuse to talk about Kojima’s latest art statement disguised as a videogame trailer. In it, a naked Norman Reedus crawls slowly from the sea, hugs an uncanny valley baby, turns into a caveman (sort of, he has furs), gains some dog tags, and then sees black footprints of an otherwise invisible baby. His hands now covered with tar or oil, he stands up, showing a weird surgical scar on his belly, and sees dead fish and whales everywhere. Then five blokes hovering in the sky.

Oh, and all of this was after a quite from William Blake. Noted dead whale scholar Tim McDonald informs me that “Cetacean stranding” is the name for the phenomena involving whales beaching themselves, so that may well be why this game is called Death Stranding.

Here’s the E3 trailer. Again, will probably come to PC, but might not. If it’s confirmed either way we’ll let you know.