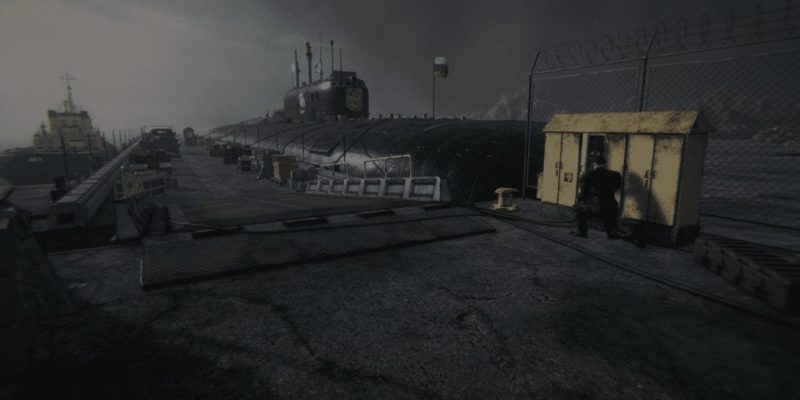 If there’s one thing that’s sorely lacking in the video game genres department, it’s the adventure documentary hybrid. Thankfully, we only have a short wait to go to see another enter the mix — Kursk. The game is about the K-141 Kursk, a Russian nuclear submarine which sank in the Barents Sea on August 12, 2000. There were no survivors.

Kursk, from Jujubee S.A., promises to offer the thrills, drama, and mystery surrounding the events of the ill-fated vessel. Originally slated for an October 11 release, it’s now been moved to November 7 to coincide with the launch of a movie of the same name starring Colin Firth and Lea Seydoux. Check out the trailers for the game and the movie below:

There are very few details regarding Kursk (the game). The movie, not so much. It’s got the very British Colin Firth, after all, who’s trying his damnedest to try and help with the operations before it’s too late. We also see some scenes involving the poor crew members, young men who would be lost in a tragic accident. It promises to be a personal journey that will show how the events unfolded, as well as the stories of the people who were involved.

That’s pretty much what we can hope for from the Kursk game. From screenshots and video reveals, we know that your character will be exploring the submarine and meeting the crew. Will there be a more humanized aspect in your interactions? Or will the crew members be regular NPCs? Will you find out the truth about what really happened? And, perhaps the most important question, how will the end play out?

Most games leave you with an open-ended conclusion. It’s up to you to determine what happens to the character. In Kursk, you know how it ends. You know what happens next. Will the mechanics and the presentation be enough to hook players? Only time — and Jujubee’s talents — can determine whether this game will sink or swim.

Get High With Weedcraft Inc From Devolver Digital And Vile Monarch

Sneak Peek At The Colonists, A Colony Management Game With Cute Robots