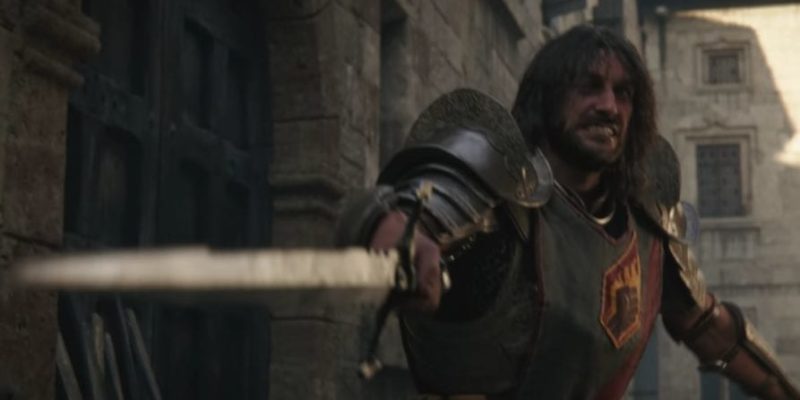 With a body horror-infested CG trailer at today’s Google Stadia Connect event, Larian Studios officially confirmed what we heard rumors of last week. That’s right, they are making a sequel to the classic CRPG series Baldur’s Gate. Like its predecessors, Baldur’s Gate 3 will be based on the popular tabletop RPG Dungeons & Dragons. This entry will see the city of Baldur’s Gate under siege by the Mind Flayers, monstrous slavers from the Astral Plane who use their psionic powers to dominate other races.

Get ready to make a lot of wisdom saving throws…

Like the Divinity: Original Sin games, Baldur’s Gate 3 will feature cooperative multiplayer. This will allow for a shared adventuring experience similar to tabletop Dungeons & Dragons. Based on Larian’s previous work, we can expect the new Baldur’s Gate to include more meaningful interaction between player characters. This should make for a significant improvement on the old BioWare-developed games. In those, only one player could engage in the role-playing aspect of the game; everyone else was left to focus on combat.

“I serve the Flaming Fist!”

The classic Baldur’s Gate series was quite faithfully based on D&D 2nd Edition rules. Meanwhile, this new entry will take some creative license and use an “interpretation” of the contemporary D&D 5th Edition rules to make them more suitable for a video game. Given Larian’s history with making systems-driven games, though, it’s unlikely they will “dumb down” the D&D rules in this adaptation. In fact, Larian has previously used turn-based combat systems in their RPGs, and it seems likely that the new game will actually hew closer to D&D than the BioWare games by doing the same. Like in the classic games, players will control a party of adventurers they can customize in character creation.

A return to the Sword Coast

On the lore side of things, Larian Studios will be working closely with Wizards of the Coast to develop the story and setting of the game. What we know so far is that the Mind Flayers have rediscovered how to construct their formidable Nautiloid vessels. Now they are emerging from the Underdark to retake their fallen empire. Unfortunately, Baldur’s Gate is their first stop on their reconquest tour.

Players will be able to visit only a portion of the city, so don’t expect a fully open world experience. The story of the game will also connect to the upcoming tabletop Dungeons & Dragons module Descent Into Avernus, so lore fiends may want to check that out when it is released in September.

Baldur’s Gate III will not be exclusive to Google Stadia, says Larian Studios

By Greg Bargas26 mins ago
News