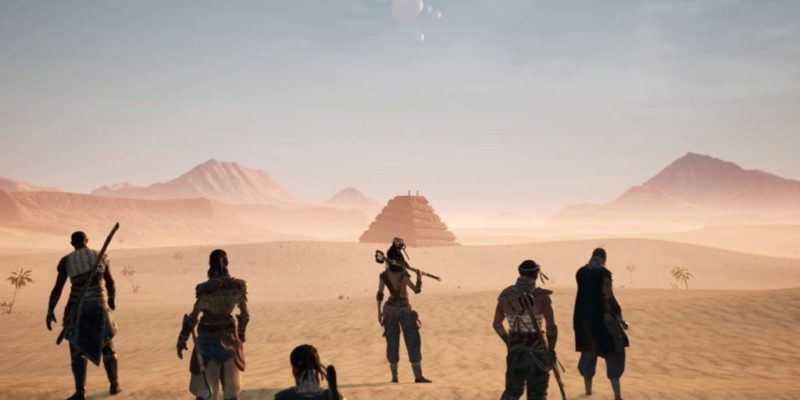 Last Oasis, the MMO where players battle it out on enormous walking ships, has been delayed. The game was going to release to early access this month. But according to a Steam post by developer Donkey Crew, the game has not yet reached a “level of quality.” Instead, the early access launch will now take place in the first quarter of 2020.

The developer writes that it will now take its time to improve on the game and add more content. Donkey Crew plans to not only get the game up to speed, but will add “more mechanics, items, creatures, buildings, features and end-game activities to please both the PVE and PVP crowds.” In addition, the developer also promises to refine what already works.

“After collecting lots of feedback from our beta testers, we came to the conclusion that Last Oasis has not yet reached the level of quality we want to offer to you,” writes the developer in the update. “We thought that a month would have been sufficient to achieve a flawless Early Access survival experience. That is not the case, and releasing Last Oasis at its current status would just disappoint your expectations, and no one wants that.”

To soften the blow, the developer has released a new trailer called “A Nomad’s Journey.”

Last Oasis is a Nomadic MMO where you build walking machines to outrun the sun. In the game, the Earth has stopped spinning, and gravity seems to be just fine and dandy about it (take that, Newton!). However, since the planet no longer spins, the power of the blazing sun now destroys what it touches. In order to survive, humans travel the world in nomadic tribes, building huge wind-powered walking ships.

The concept is certainly intriguing. At least, the backdrop is far more interesting than the typical “evil dude is doing evil things so stop him, maybe” story that many MMO games boast. We’ll have to see how well it all ties together when Last Oasis releases to early access early 2020.