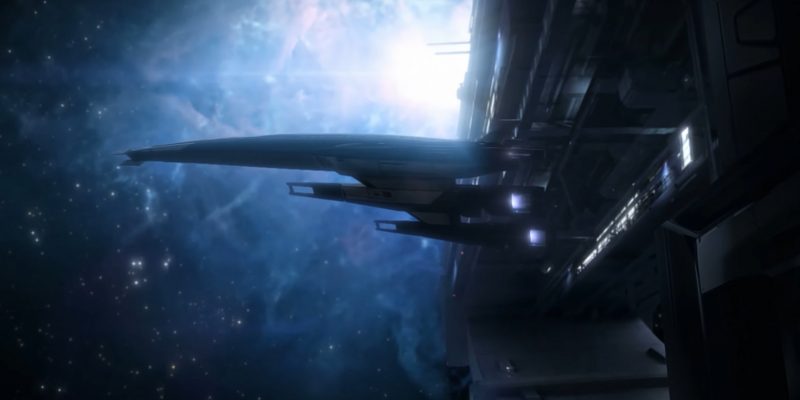 It’s nearly time to fill the shoes of Commander Shepard once again and take on the Reapers. Mass Effect Legendary Edition is set to launch on May 14, just barely more than a month away. We already know what’s coming in the package; full remasters of Mass Effect 1, 2, and 3, along with all of their DLCs. And we’ve gotten sneak peeks at what those games will look like running on modern hardware. However, BioWare’s latest trailer for Mass Effect Legendary Edition is the best demonstration of the graphical upgrade we can expect to date.

The Mass Effect Legendary Edition comparison trailer does just that. It takes scenes with nearly every character from the game’s cast in the Legendary Edition and compares them against original Mass Effect scenes. The result is, to be honest, mixed. In some instances, these updated visuals pay off in spades. For instance, traveling around in the Mako should be much more atmospheric thanks to enhanced particle effects. Of course, characters themselves look much better thanks to much more detailed 3D models and textures.

Today’s trailer for Mass Effect Legendary Edition does reveal one graphical issue though. Lighting systems have changed drastically since the original release of the Mass Effect titles, and those changes are seen in the trailer. But some of these changes are too impactful, and in some cases, just flat out look worse. This is best reflected in the scene with Zaeed Massani, a DLC character introduced in Mass Effect 2. The lighting in the original scene is much more dramatic, while its remastered version looks flat and sourceless.

Mass Effect Legendary Edition isn’t the only remastered title to suffer from issues stemming from lighting changes. If you’ve played any of Halo: Combat Evolved or Halo 2 with their remastered graphics turned on, you’ll know what I’m talking about. Some areas are too bright, or too dark, ruining the original visual tone of some areas. These small changes certainly won’t detract from the overall experience of Mass Effect Legendary Edition. However, they’re emblematic of an issue that’s becoming more and more common in remasters.