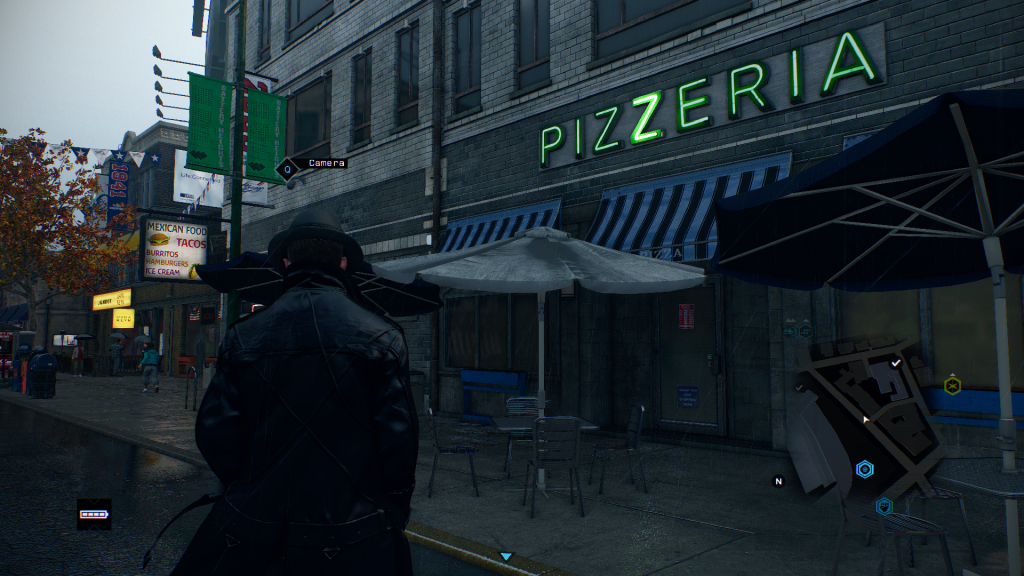 And after the drinking, you’ll be needing a pizza.

Don’t worry if you’re still disappointed with the PC performance in Watch Dogs, this new patch will help you drink the pain away. Specifically, it extensively re-tunes (and basically makes easier) the drinking games.

Single player should now also have the option to replay Gang Hideout and Convoy missions. There are fixes for bugs in the Poker game and Missing Persons missions.

Meanwhile, in multiplayer, the patch allows you to “select available friends via the grid and hack or tail them without their knowledge.” You can disable this under online options if you don’t fancy it.

There don’t seem to be any performance or optimisation fixes for PC, unless Ubisoft just isn’t mentioning them. However, the latest 14.7 Catalyst driver from AMD claims to improve things somewhat in Watch Dogs.

Here are the full patch notes:

– REPLAY OPTIONS – After having completed the main story line, players will now have the option to reset previously played Gang Hideouts and Convoy Missions. – (ALL PLATFORMS)

– DRINKING GAMES – The Drinking Games were re-tuned based on community feedback. – (ALL PLATFORMS)

– POKER – Fixed a bug in which players were getting stuck playing poker if they used the camera against the last opponent in a low stakes game. – (ALL PLATFORMS)

– MISSING PERSONS INVESTIGATIONS – Fixed instances in which the wrong text was appearing in Portuguese language. – (ALL PLATFORMS)

– HACK YOUR FRIENDS – You can now select available friends via the grid and hack or tail them without their knowledge. This can be disabled under online options. – (ALL PLATFORMS)

– CTOS MOBILE – Mobile players disconnecting will no longer result in the gameplay ending for the console/PC player. Console and PC players will play their match to the end and receive some Notoriety points for doing so. – (ALL PLATFORMS)

– MULTIPLAYER BAD BEHAVIOR – Players who are frequently disconnecting from multiplayer matches will be pooled together and paired only against players with similar online behaviors. – (ALL PLATFORMS)

If you’re playing against someone else who disconnects unfairly, you will get the same amount of Notoriety as if you had won at that moment.

The disconnector will not receive any Notoriety.