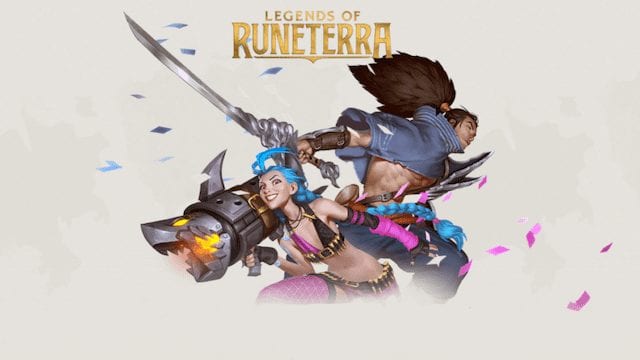 Tonight, Riot Games confirmed that it’s not afraid to branch out and try new things with League of Legends during its 10th anniversary live stream. It announced a new fighting game, a new first-person shooter, and an action/role-playing game. It also confirmed it would bring the LoL experience to consoles and mobile with Wild Rift. So what else could it possibly take on next? Well, how about Hearthstone?

Yes, the company confirmed its foray into the digital card game market with Legends of Runeterra. In fact, the closed beta for the PC title just went live, and those interested can pre-register for a chance to play.

What’s Legends of Runeterra about?

Legends of Runeterra is free-to-play and features a number of champions from the League of Legends realm. In it, players have the opportunity to visit a number of regions as they set up specialized decks. These include familiar locales like Zaun, Ionia, Piltover, and the Shadow Isles. As they build up cards, they can create a team to take into battle against others.

There will be a number of “robust free-to-play options” with the game. Fortunately, it looks like Riot will forego having to buy random packs to get special cards. Although different options for purchases are available, the focus will be on collecting cards via beating games in regions and using acquired currency. So players only have to pay if they want to.

Thus far, based on the lengthy trailer featured below, Legends of Runeterra has a lot going for it. What’s more, it’s set to expand onto mobile as well, just like Wild Rift. Alas, the beta is for PC only – at least, at the moment.

It does look like an exciting foray into the digital card realm – and it gives Hearthstone fans something to enjoy outside of their usual realm. Again, the page to register for a chance to play is right here.

Legends of Runeterra releases for PC and mobile in early 2020.