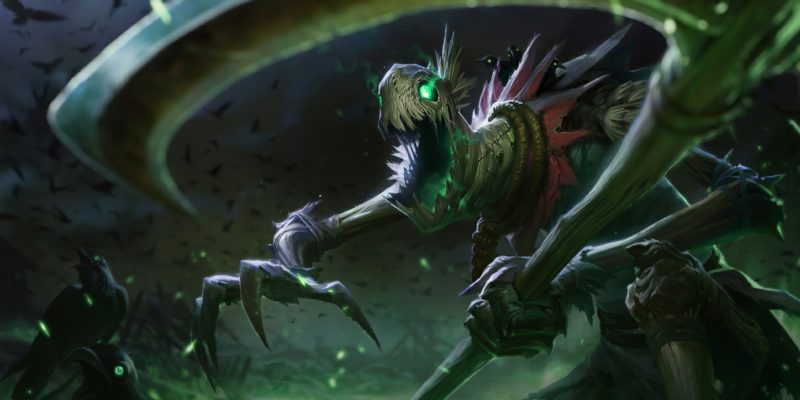 It’s that time again where we dive into League of Legends patch updates. Despite being considerably smaller than most patches, patch 10.7 has shown some pretty hefty changes to move around for some of the tankier champions like Galio and Nasus. With the Fiddlesticks rework coming out this patch, I honestly feel a little bit terrified both of him and the buffs given to Nasus and Galio.

Akali will have her Shuriken Flip(E) changed from physical damage to magic damage.

Corki’s passive package damage over time will have its duration increased from 1.5 seconds to 2 seconds.

We did a deep dive on the Fiddlesticks rework for League of Legends patch 10.7. Check out the full details and more by following this link.

Galio’s ultimate Hero’s Entrance will now grant allies in the ultimate area a magic shield based on Galio’s max health.

Garen’s passive will now have its cooldown increased from seven seconds to eight seconds. Alongside this, Garen will also now have his Decisive Strike (Q) movement speed duration changed from 1.5—3.5 seconds, to 1—3.6 seconds.

Kai’sa’s Supercharge(E) will have its cooldown decreased from 16—14 seconds, to 16—12 seconds.

Riven’s base health regeneration will be increased from 7 to 8.5 health per five seconds.

Conditioning will have its bonus armour and magic resist granted at 12 minutes instead of 10 minutes.

Clearly, it’s not all about the big Fiddlesticks rework with patch 10.7, but he is the main focus. Currently, League of Legends is live with Patch 10.6. You can click here to read the official patch updates for 10.6.