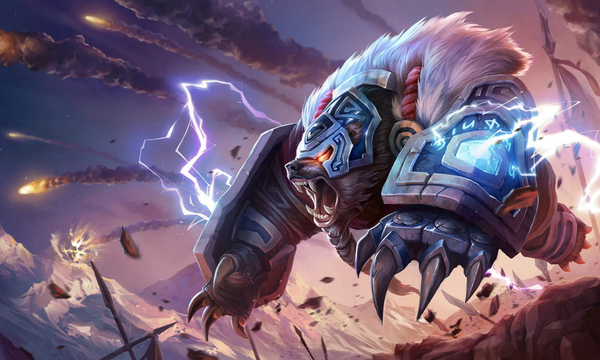 In Part 2 of our League of Legends season 10 Volibear guide, we will be going over item and rune recommendations. Refer back to Part 1 if you missed it!

Volibear is naturally tanky, so it would be a good idea to go for the jungle item for tanks. The burst you get from Immolate works with Volibear’s own burst, making it pretty useful. Blue Smite for its slow so you can chase down targets better, as Volibear can be kited.

It grants decent tank stats with 400 bonus health with a bonus of 30 armor. However, Righteous Glory’s active is the main reason why you want to buy it. It grants 75% movement speed when moving towards enemy champions for four seconds. After those four seconds, an AOE slowing shockwave is emitted, slowing enemies for 75% for two seconds.

This League of Legends item in general syncs with Volibear’s kit of running at the enemy and flipping them into your team. The added slow in the active is just the icing on the cake. This item makes it difficult to run from Volibear, even if the enemy has a dash.

Spirit Visage is a good magic-resist tank item as it provides extra healing to Volibear. This means life-stealing from camps, and his passive will naturally become stronger, making his early-to-mid-game more threatening.

Like Righteous Glory, Dead Man’s Plate provides great tank stats: 425 health and 60 armor. Its passive increases movement speed while running around in the jungle, and the extra damage that comes from your next basic attack makes this item also made for Volibear.

Titanic Hydra abuses Volibear’s tankiness and high base burst damage. The damage based on his health makes it extremely hard-hitting, and the active makes it easier for Volibear to get his three stacks for Frenzy (W). The AOE is also good for clearing camps and pushing waves. 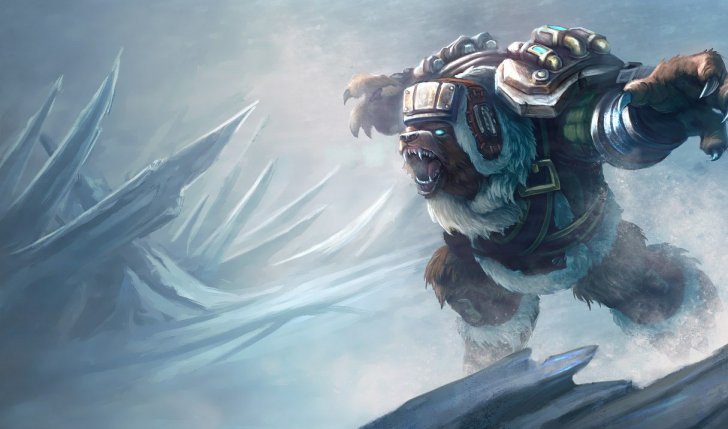 While an argument could be made for Aftershock in the Resolve tree, I believe that Press the Attack in the precision tree is far better in more scenarios. While Volibear could become even tankier, he is tanky enough as is and so can focus on runes that synergize with his kit better. Press the Attack is good because Volibear can proc it with his normal combo, increasing his burst potentially early on in the game, and it increases the damage your opponent takes from your own allies. This is insanely useful. Abusing Volibear’s early-game potential can yield a fast win.

Triumph is the next rune to take. The extra healing from kills or assists means you stay in fights longer. Also, the extra gold that you get from early ganks just lets Volibear snowball even further. Coupled with a Spirit Visage and Volibear’s passive, the health regeneration would make him extremely difficult to kill.

Lastly, Last Stand is a must. You’re a front-line and tanky. There is no reason to pick the other two runes as you will be the one that is losing health very often (or else you’re not doing your job properly).

An argument could be made for Resolve as a secondary tree, but I believe Sorcery is far better for Volibear since his main weakness is crowd control and being kited. That means anything that can increase his pick potential with his Rolling Thunder (Q) is a priority.

Sorcery offers Nimbus Cloak, Waterwalking, and Celerity. Nimbus Cloak can often proc due to Volibear having Smite as a jungler. This means you can slow a target with Smite and get the movement speed bonus from it. Celerity increases movement speed in general, and Waterwalking allows better control over Scuttle Crab and early Dragons.

With these movement speed increases in mind, Volibear would be much harder to stop with simply kiting.

For your stats, I would recommend bonus attack speed for slot one, adaptive damage for slot two, and your choice of armor or magic resist as the third slot. 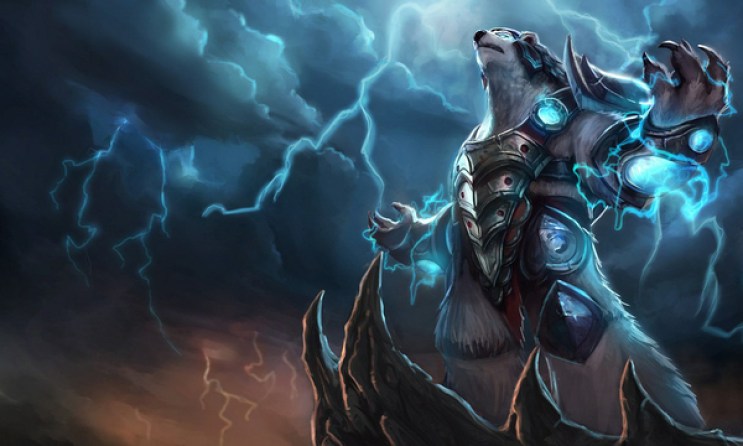 Volibear is very strong and easy to pick up in League of Legends, especially in solo queue. He is an aggressive, tanky fighter that specializes in engaging and picking enemy back lines. His high base damage shines especially early on in the game with devastating ganking power and his passive that makes him difficult to kill. Volibear is a threat that the enemy team has to take seriously once ahead, and even behind, he is a tank so he can just meat shield for his allies.

He is completely capable of solo carrying a game due to his ganks alone, but mid-to-late-game he is reliant on his ability to engage well and pick off enemy carries. While he doesn’t fall off, he doesn’t scale as hard as ADCs and mages and instead has high base damage from the way his kit works alone, making him able to deal some serious damage in a 1v1 scenario.

Keep in mind though that while Volibear is strong in League of Legends, he does have his weak points. In the early game without his passive, he is obviously susceptible to death as he has no gap closer or disengages. Also, crowd control can stop him from charging into the enemy team, potentially making him useless as an engage.

Overall, Volibear is a safe solo queue selection if you ever get auto-filled in jungle. He has numerous clearly defined strengths, but in the end, his weaknesses make him exploitable to those that know how to fight a bear running straight at them.

By Sam Robins34 mins ago
Guides