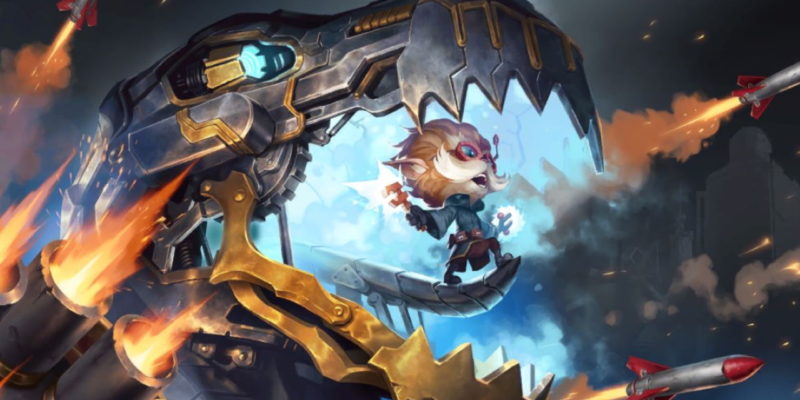 The Season of Fortune is continuing strong in Legends of Runeterra. The game officially added Gauntlets two weeks ago, and the first week of the Singleton Gauntlet has wrapped up. Elusive units and cards proved strong, and we should see more of the same this week too. We don’t know what the next Gauntlet will entail, but we do have some information on Patch 1.5 and its new mode, Labs.

First, Riot has decided to implement some balance changes that it’d originally planned for Patch 1.6. Pilfered Goods now costs 3 mana instead of 2, and Solitary Monk’s power has dropped from 4 to 3. Still, their abilities, Nab and Elusive, make them both very powerful, so this may not do enough to change how overwhelming they are. 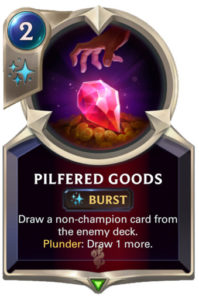 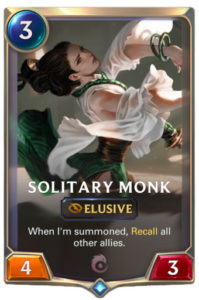 No more mono drafting for you. You know who you are.

A number of cards have been updated for clarity and to clear up consistency issues. Cards with similar abilities or functions should now follow the same syntax. This is a very important distinction for card games, as two cards designed with the same purpose can have vastly different applications if the wording is not clear and consistent. Anyone familiar with the Dragon Ball Z Trading Card Game can tell you that.

Runeterra will make some changes to Expeditions as well. Currently, mono tribe drafting is extremely powerful, to the point where it’s sometimes hard to distinguish from playing normal Constructed. To help with this, tri-region decks will have increased chances of drafting archetypes from your selected regions during your Wild Picks. Likewise, mono-region decks will have decreased chances of drafting already selected archetypes during your Wild Picks.

Freljord and Noxian Might Wild Picks will receive adjustments due to their vastly increased consistency with the buffs previously made to Braum, Anivia, Darius, and Basilisk Rider. Fishbones and Spell Slingers will also get buffs to make them slightly more consistent picks when drafting.

Next up, vault unlock times will move to help avoid issues when opening them after patches. The vault unlock time has moved from Tuesday to Thursday at 8:00 a.m. local time. To compensate for this, this week’s vault will last nine days instead of the usual seven. That gives players two extra days to gain more XP and reach a higher vault level. Some various other sound and visual bugs have been fixed as well, but there’s nothing earth-shattering about them.

Now to get to what you all want to hear about: Labs. While Gauntlets are aimed at a more competitive crowd, Labs center around experimentation. You can also challenge your friends to Labs! When you challenge a friend, you can choose between a standard and a Lab match. There will be a new or updated Lab with every patch from 1.5 onwards. Some Labs will have minor changes to the standard Legends of Runeterra gameplay, while others can contain wild departures from the norm.

The first Lab is titled “A.R.A.M.” Instead of building your own deck, you will choose from a random selection of champions when the game starts. Then, the game will make a completely randomized deck for you based on the champions you chose. Your opponent will gain a randomly generated deck through the same process as well. 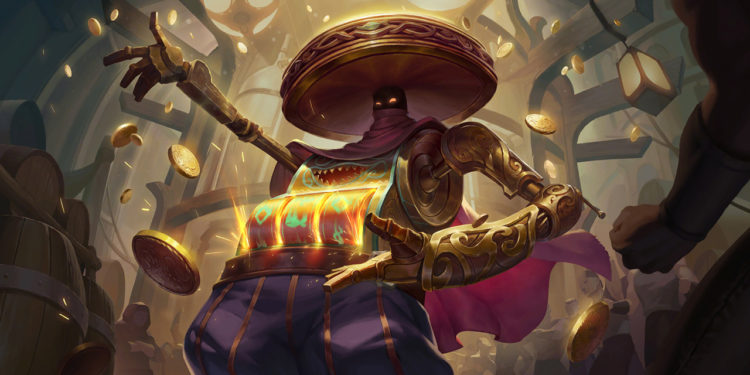 Patch 1.5 and Labs go live today. Let us know about any fun Lab matches you have or crazy decks the computer makes for you! Patch 1.6 will drop near the end of July and contain the first in-game event for Legends of Runeterra. When we know more, we’ll be sure to let you know.