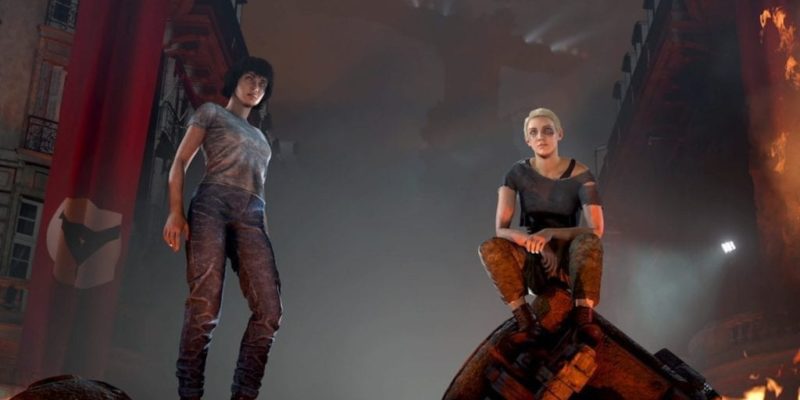 Wolfenstein: Youngblood will be launching tomorrow on PC, and Bethesda is getting everyone ready with a new launcher trailer. Featuring the excellent voice of Brian Bloom as BJ Blazkowicz, this trailer sees the legendary Nazi hunter prepping his daughters for their upcoming battle against Hitler’s forces. Dropping words of wisdom and plenty of bravado, it’s hard not to get excited when BJ is pumped up.

The terror twins team up in Wolfenstein: Youngblood

The trailer description reads as follows:

The world is full of monsters—but as a Blazkowicz, killing monsters is what you do. Embark on an action-packed, blood-soaked journey as Jess and Soph Blazkowicz to find your missing father, BJ, and kill every Nazi in Paris. Wolfenstein: Youngblood is the biggest and most open-ended Wolfenstein game in the series, and the first Wolfenstein game that can be played in online multiplayer co-op or single player with an AI companion.

As a reminder, Wolfenstein: Youngblood will be available in a standard version for $29.99 or a “Deluxe” variant for $39.99. The deluxe version includes a buddy pass that will let your friend play for free with you. They’ll still need to download a client, (Split-screen support isn’t available.) but they won’t need to shell out additional cash to join in on the Nazi-killing mayhem. If you opt for the Steam version, you won’t need to make use of Bethesda’s game launcher to play.

Are you guys excited to jump back into the world that MachineGames has created? Does the prospect of co-op get you interested in playing this series for the first time? The jury is still out on whether or not Wolfenstein: Youngblood is good, but it certainly seems like yet another quality installment in this long-running series. Let us know what you think about it, good or bad, in the comments below.