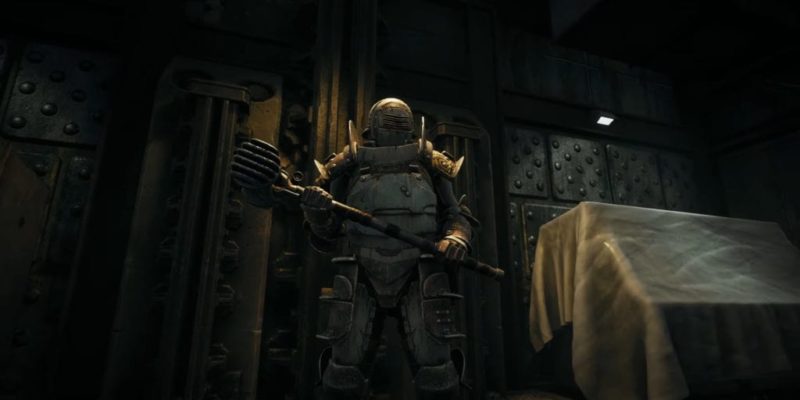 Leto’s Lab, the new dungeon in Remnant: From the Ashes, went live today. The 2 GB update includes a brand new area to explore, full of combat challenges and more. It follows last week’s inclusion of adventure mode, which gave players a whole new way of enjoying the game. Leto’s Lab includes more than just extra beasties to slay, however. There is also a new armor set, and we know how to get it — soon, you will too.

Leto’s Lab takes you on a new adventure through Research Station Alpha. The dungeon is found on Earth in Adventure Mode. It features light puzzles to solve, as well as more monsters to slay. A new boss, called Riphide, is also waiting for a chance to take you down. The story behind the new dungeon revolves around those mysterious red crystals that you use as checkpoints or to warp around the game. Leto Apostolakis, whom the dungeon is named after, was the first to research and unlock the World Stone. Of course, as with the case when dealing with mad science, something had to go wrong.

“[Leto] was the one to unlock the World Stone on Ward 16 allowing mankind to take their first fledgling trips to other worlds,” reads the dungeon description. “Leto’s experiments quickly diverged from their initial goal as he started using the World Stones to fuel a series of dubious experiments. The lab continued operating for months after the Root invaded, but was ultimately forced to evacuate when one of Leto’s experiments went awry.”

Leto’s armor set is an award you can find in the dungeon. Acquiring it, however, does take some effort on your part, but not much. To get the armor (according to Reddit), you must find a computer terminal near a teleporter. Open up the computer and set Leto’s algorithm to “DISABLED.” Once that’s complete, simply use the teleporter, which takes you to random directions, until you find a room filled with corpses. That’s the ticket.

A Reddit user who already has the armor set has provided the stats. It’s a heavy armor, and while wearing it you are granted the Juggernaut set bonus. Juggernaut will reduce stagger when you take damage, and enemies who are targeting you receive an extra 5% damage. The armor has high fire resistance, but good lord stay away from anything that produces shock damage.

Six Batman games, including the Arkham series, are free on Epic Games Store