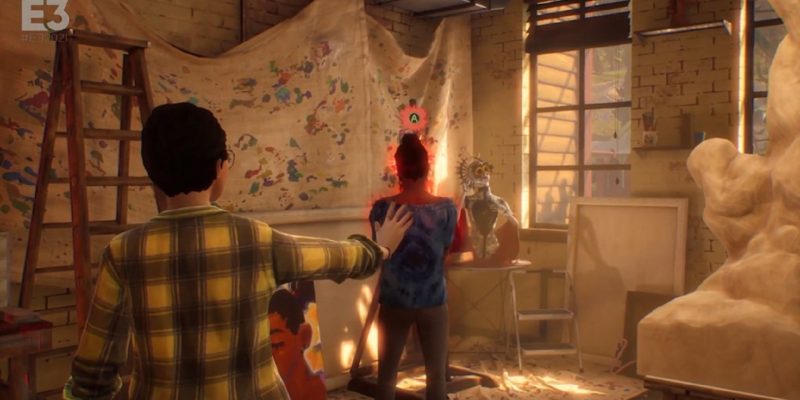 Ever since the launch of Life is Strange, players have been waiting for the next major title. Recently, it was announced that Life is Strange is getting remastered, focusing on visual improvements. Now, today’s Square Enix showcase shared details of the next instalment of Life is Strange. The game will be titled, Life is Strange: True Colors and it will take you through another exhilarating journey.

The main character, Alex is attempting to uncover the truth behind her brother’s death. Her psychic power, empathy will help her uncover various secrets. Every relationship Alex builds and decisions she makes is impacted by her physic power of empathy. You can use Alex’s power to interact with brightly colored auras which appear around characters. Ultimately, this will allow you to gain an insight into their emotions. Also, this is important as it starts new dialogue options and events in the game.

A deeper layer to the physic powers in Life is Strange: True Colors

Next, when Alex encounters a much stronger aura, she can reach out and connect with that person. This generates a nova, a stronger form of emotional connection. This generates a deep reflection of that person’s state. Here, you will see thoughts and memories to get to the root of that person’s issue. On the surface, Alex’s psychic abilities, which are also supernatural can be viewed as a curse. However, using them can help you achieve your objective.

The decisions you make will impact the whole Life is Strange: True Colors gameplay, so choose wisely. It will have multiple endings, dependent on the relationships you build and your choices. It will be interesting to see how far you will go to find out what really happened behind the death of Alex’s brother. You can play Life is Strange: True Colors when it releases on September 10. It is available to pre-0rder now and pre-ordering the ultimate edition will get you the Life is Strange remastered collection.

By Kurt Perry56 mins ago
News