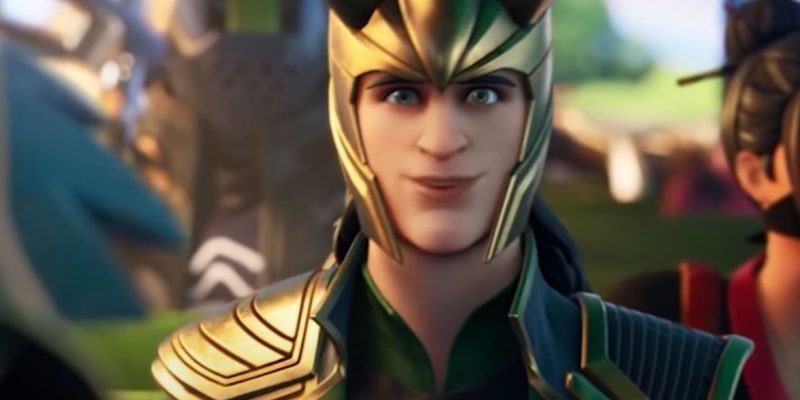 The Loki character has been rather popular in the mainstream since he popped up in the first Thor movie. Of course, he now has his own show on Disney+ and is currently finding his way into a large host of memes. Speaking of memes, Fortnite is basically a giant interactive meme itself at this point, so it makes a certain kind of confusing sense that Loki will be coming to the battle royale game this week. I suppose this makes more sense than putting on NBA jerseys in the game, so I’m not going to go on a confused tirade of mockery.

If you want to get your Loki on in Fortnite, then you’ll have to grab this month’s Crew Pack. This pack goes live June 30 at 8PM ET, so it’s just a couple of days away. In this Crew Pack, which is available to Fortnite Crew members, you’ll get the Loki outfit, his cape bling accessory, the Loki’s scepter pickaxe, the Chitauri Chariot Glider, and a loading screen that should help you get your fill of the God of Mischief . Okay, maybe just a little mockery from me. If he was real, he would likely find this all very amusing.

Loki has come to Fortnite

In addition to the July Crew Pack, subscribers will also have access to Fortnite‘s upcoming Battle Pass. If you haven’t subscribed yet, you can still get June’s Crew Pack as long as you subscribe before the July one goes live. The June pack is notably less eventful than July’s, as it’s headlined by the Mecha Cuddle Master and, no, you cannot convince me those words weren’t just picked out of a hat. As always, once you obtain Crew Pack items, they stay in your account indefinitely. You can sign up for Fortnite Crew in-game via the Battle Pass or Item Shop tabs for $11.99 USD a month.

WitcherCon gets full schedule detailed ahead of July start