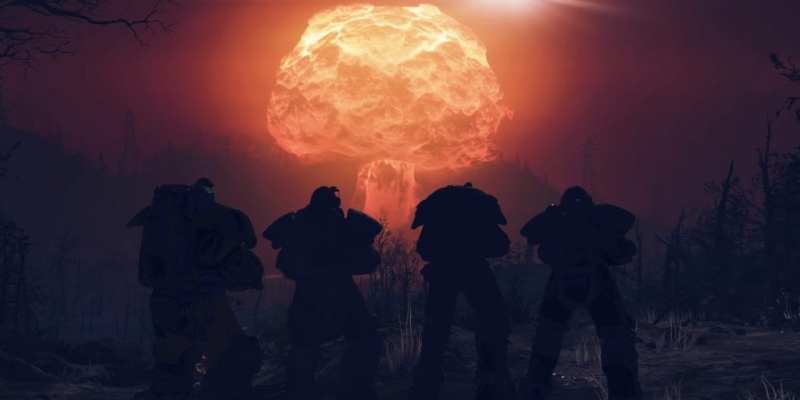 [update 3:39 PM PST]: According to Bethesda, the company has discovered the issue and it has been resolved. I’ve opened up my launcher, and everything seems back to normal. I’m downloading the Fallout 76 beta once again, hopefully in time for the launch. To add to the story, it seems as if the download restarts have been common. Many are reporting that clicking on the “preload” button caused the download to start again. Seeing how this is a nearly 50 gigabyte install, the error couldn’t have been more untimely.

You know, I thought this was strange. As I watched my Fallout 76 beta download tick down to completion, suddenly there was an error. Bethesda’s server went down, the launcher told me, and now I had to download the whole game over again. As frustrating as this was, I felt something was amiss. Sure enough, I wasn’t the only one. Bethesda has acknowledged the bug, and the company has asked players to hold still while it figures out what the hell just happened.

Don’t touch the Bethesda client, the developer has implored on Twitter. It is asking the game’s fanbase to “not click any buttons on the client for the time being.”

PC #Fallout76 B.E.T.A. players: We are aware of an issue with the client and are investigating. Do not click any buttons on the client for the time being.

Too late! In my impatience, I jabbed the “preloaded” button and watched as the progress bar snapped back to zero. Since we’ve learned about the bug, I promptly shut down the download and quit the launcher. I don’t know yet if that was a wise move.

Probably not. So far, folks are reporting that the Bethesda launcher is requesting your username and password again. Once you wiggle your way back in, the launcher is a blank slate. No games are displayed, and the fate of your Fallout 76 download is now a fun little mystery for you to enjoy.

Bethesda’s status portal won’t bring you much comfort. As of 2:32 PM PST, both the launcher and the forums are down for the count. So, you can’t complain on the official website even if you wanted to. This is all happening ahead of the first scheduled beta test for PC players. It was meant to go live starting at 4 PM PST today. But now, since many of us will have to re-download the game (whenever the servers are fixed), we may have a wait on our hands.

We could, jokingly, call this the first part of the beta. After all, the point of said beta is to break the game in order to ensure a smoother launch when Fallout 76 lands next month. It could be speculated that the number of people downloading the game today is the reason why the server room may have caught fire. Chalk up one more for PC players — when we break it early, we do it with style.

Destiny 2: Forsaken – Waiting For The Thunderlord