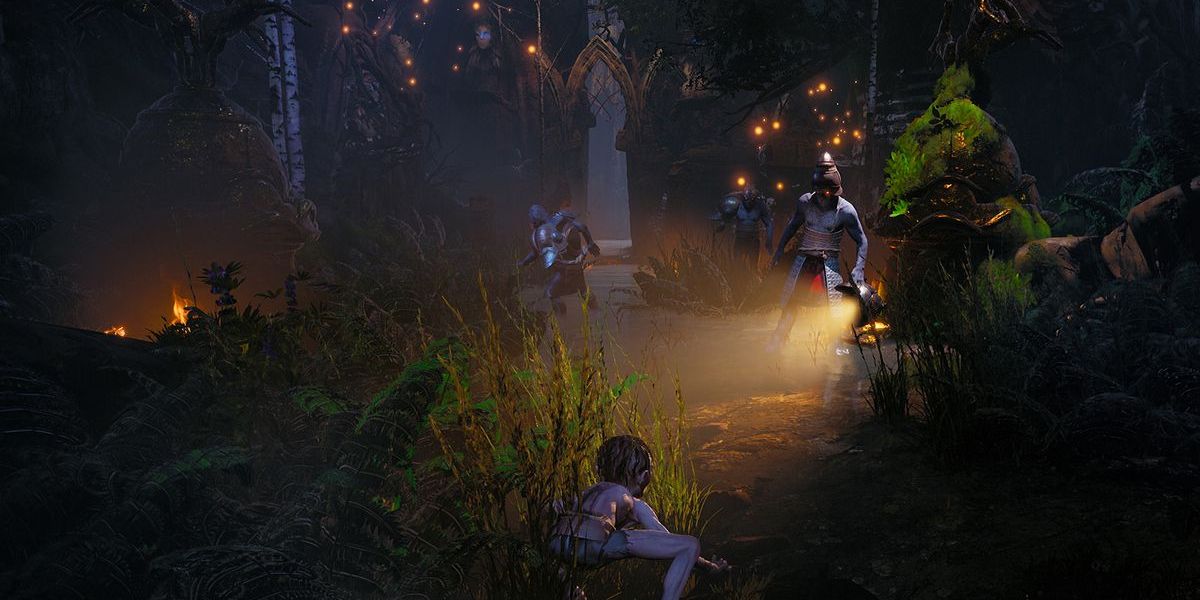 So far, The Lord of the Rings: Gollum has left longtime fans of the esteemed fantasy franchise feeling mixed. On one hand, some enjoy the idea of centering an entire game around one of the franchise’s most iconic characters and believe it could at least lead to some interesting concepts. On the other hand, some doubt that Gollum’s canonical abilities and backstory can translate to a good gameplay or storytelling experience. The aesthetic of the game, which depicts the world of Middle-earth in a slightly more cartoonish style than usual, did not help matters. And frankly, the new gameplay trailer for The Lord of the Rings: Gollum that publisher Nacon uploaded doesn’t seem like it will change anyone’s minds.

This trailer mainly focused on the title’s stealth-centric gameplay, which looks about as basic as it gets. Aside from the expected sweeping shots of Middle-earth, the footage shown mostly amounted to Gollum hiding in bushes and climbing around the environment. He also threw a rock and swam underwater at a few points, but that’s about it.

Not the best first impressions

That description may have sounded reductive, but the trailer really did not show much in the way of creativity. Of course, not everything was shown — Gollum can apparently perform stealth kills, for example — but a trailer like this should ideally highlight elements that set the gameplay apart from the myriad half-baked stealth systems featured in many a AAA title. As it stands, The Lord of the Rings: Gollum seems like more of the same old song and dance.

Notably, most of the comments under The Lord of the Rings: Gollum trailer have turned out quite negative so far, with many taking issues with the graphics and simplistic gameplay. YouTube comments obviously do not reflect the quality of a game, but it’s hard to feel excited over what we have seen so far.

The Dark Pictures Anthology: The Devil in Me gets a story trailer and fall release window