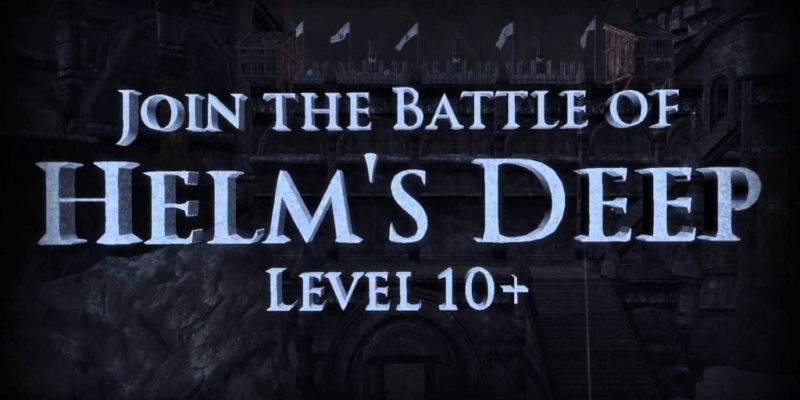 The latest The Lord of the Rings Online expansion has just been released, and this one’s focused around the Battle of the Hornburg.

The Lord of the Rings Online: Helm’s Deep lets you enlist as a soldier in the Battle of the Hornburg from as early as level 10 (although you’ll be raised to 95 for the battle) and earn rewards for your contribution to the war effort. If you’re higher level then you can use this as an opportunity to level up further, as the level cap will be raised from 85 to 95, and a variety of Western Rohan territories will be available for exploration – including Edoras, Dunharrow, and the fortress of the Hornburg itself. You can even specialise your role with Trait Trees

It’s available now in a base edition for $39.99 (giving you an Enforcer of Helm title, 1000 Turbine points, and a Hauberk of the Hammerhand cosmetic chest piece) or a premium edition for $59.99 (giving you all of the base edition stuff, plus an Avenger of Helm title, an extra 1000 Turbine points, 10 extra quest log slots, and a Crystal of Remembrance that lets you add another legacy to your legendary item).