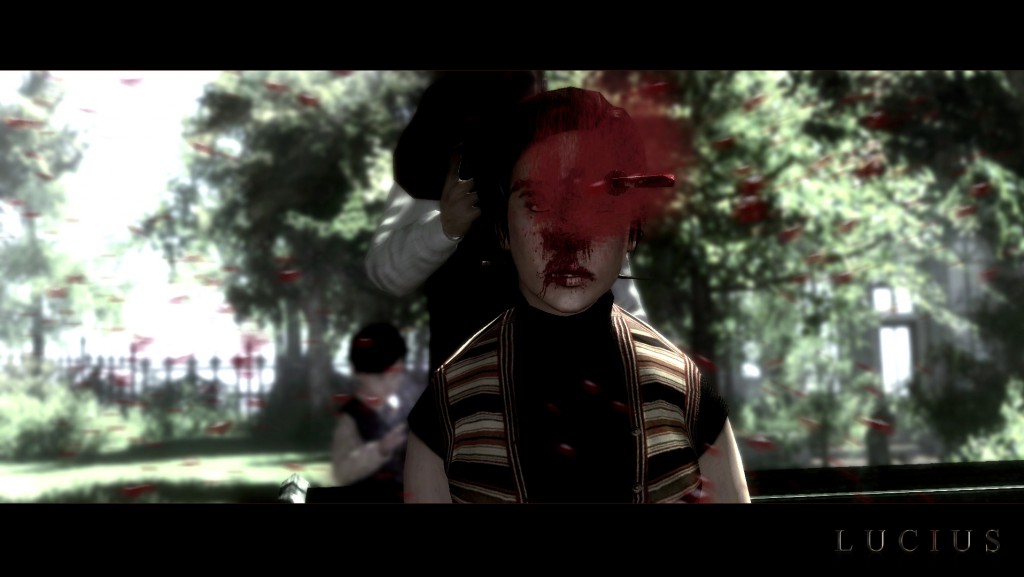 Shiver Games’ Lucius will draw on a classic staple of the horror genre (in cinema at least) by casting you as a murderous child infused with the power of Satan. Hurrah. Lucius’ family probably should’ve raised an eyebrow at the kid’s birthday; 06/06/1966, and they definitely should’ve paid attention when he started exhibiting supernatural powers.

Little Lucius is now having dreams in which the Devil (his real dad) is asking him to harvest souls in his dark name. Since they’re nearby, Lucius may as well start with his family and their employees.

As Lucius, you’ll have to make your way around your family’s mansion bumping people off one by one. Each death will have to look like an accident though, so make good use of “items, tools and hell’s powers such as Telekinesis and Mind Control” and don’t leave too many clues behind. A bit like a Devil-powered version of Hitman’s Agent 47.

Lucius is coming to the PC on 26 October.

Snoop Dogg appearing in, and doing song for, Tekken Tag 2

Xbox 360 Edition of Minecraft About to Get Update