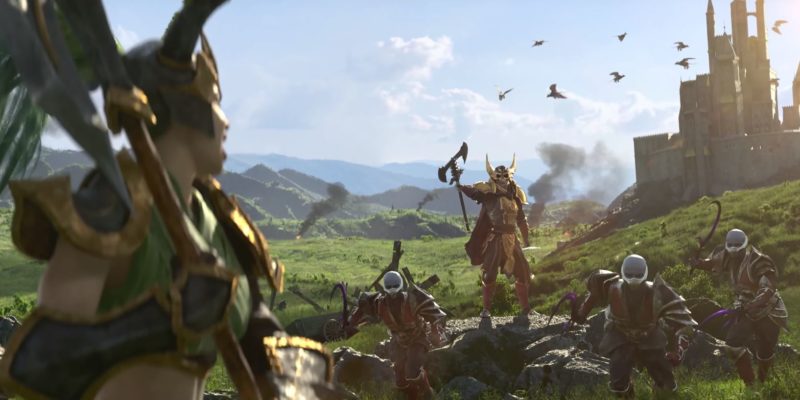 The Magic: Legends trailer looks epic. And packed with action. Maybe it’s the dramatic music pumping in my ears. Maybe it’s the gorgeous looking characters, foes, and world. Or maybe it’s the mage floating in the air with blue fire in his hands and massive explosions behind him. Whatever it is, I’m excited.

You are a planeswalker

In the world of Magic: The Gathering, planeswalkers are among the most powerful beings in the multiverse. The traditional planeswalkers are immortal beings with incredible magical capabilities, surpassing all bust the most powerful mortal wizards. Their physical forms are actually just projections of their will. And because of their immense power and long lifespans, some are worshipped as gods. The new breed of planeswalkers no longer displays the near-omnipotence of the previous incarnation. They are physical beings, usually incredibly powerful mages, who age and can be harmed.

In Magic: The Gathering lore, planeswalkers are also the thematic identities of the players. You sitting at home (or wherever) with your physical or digital cards are a planeswalker. With Magic: Legends, Cryptic Studios is going to be giving players a way to step out from behind the cards and embody their planeswalker identity. That icon you see in stained glass at the end of the trailer, that’s the planeswalker symbol.

There’s no release date or any other information about Magic: Legends yet. Just a message on the game’s official site that says it’s coming soon. You can also sign up for the beta on the site.

Check out all the other games that were announced at The Game Awards 2019.

By Otto Kratky20 mins ago
News