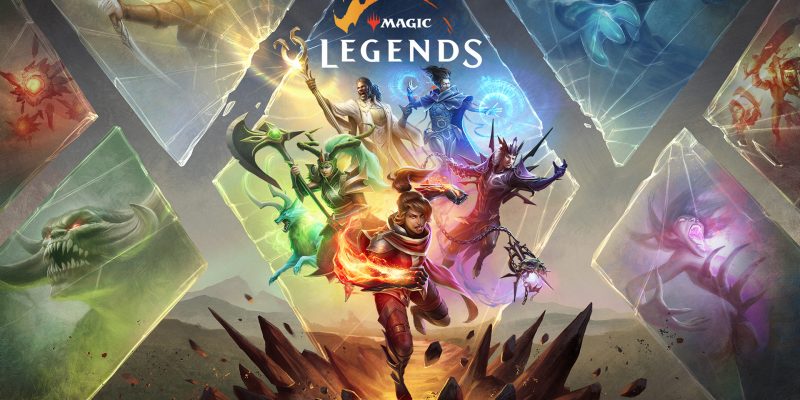 Perfect World and Cryptic Studios kicked off the Magic: Legends open beta with three action-packed trailers. There’s the open beta cinematic launch trailer which expands on the teaser we saw more than a year ago. You can check out more of the action-RPG combat in the gameplay trailer. Plus, take a look at the rewards you can earn with the Magic: Legends Season 1 Battlepass.

Here’s a quick recap if you haven’t been following the development of Magic: Legends. It is a free-to-play online action-RPG set in the Multiverse of Magic: The Gathering. You take on the role of a powerful Planeswalker, capable of switching between five classes and wielding powerful spell cards from the five mana colors.

Gameplay in Magic: Legends consists of building a deck to draw from and then wielding the spells you choose in action-combat. It’s a blend of theorycrafting and deckbuilding from trading card games like Magic: The Gathering and the fast-paced combat of Diablo. As you would expect from an action-RPG, there’s plenty of loot to gather to empower your Planeswalker.

I was fortunate to get a preview of Magic: Legends before it launched into open beta. If you’d like to know more about what the open beta has in store for you, you can check out the preview here.

You can play the Magic: Legends open beta through Arc Games or the Epic Games Store. Downloading it through Arc will earn you a free Gavony Vigilante Costume for your character, a Bruiser skin for the Ogre Mortar creature summon, two drop boosts, and two mission boosts. Going with Epic will get you a free Moorland Ranger Costume, Moorland Ranger Werewolf summon skin, and two drop boosts. You have until April 6 to claim these.

If you want to get even more cosmetics for your Planeswalker, then you’re going to want to pick up the Magic: Legends Season 1 Battlepass. You’ll also be able to unlock gold spell pages in the 50 levels of rewards.

According to the launch announcement, players will need to save the Multiverse from its greatest threat yet. Based on the last scene in the open beta launch cinematic trailer, I’m inclined to believe it. There’s still not much in the way of detail about the narrative or who the villain is. But that’s a good thing. You’ll need to hop in and find out for yourself.

As mentioned, you can download Magic: Legends for free through Arc Games or the Epic Games Store. Based on your region, you may be forced to go with one over the other. And don’t worry about losing your progress when the full launch arrives later in 2021, as all progress from the beta will be carried over.

If you would like to give the developer feedback on your beta experience, you can do so on the Magic: Legends forum.