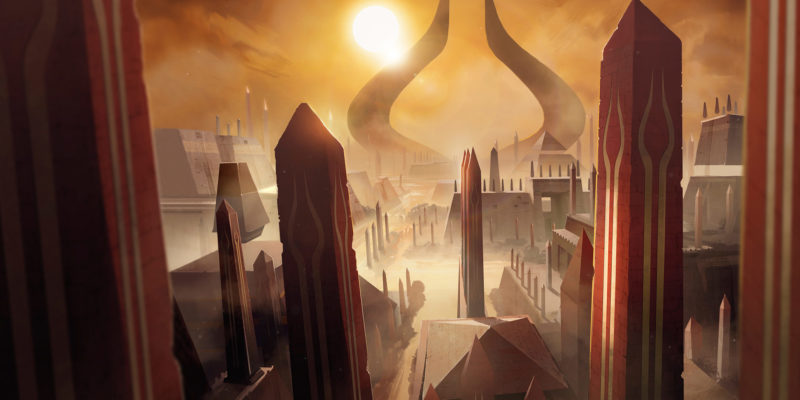 Magic: The Gathering Arena is going to get a big shakeup very soon as next month Standard will rotate. A large number of meta defining cards will move out of standard and a new status quo will begin to take shape. In fact, the game only recently just saw a surprise ban, despite these cards rotating so soon. Such is the nature of card games, but Arena is getting something exciting to make up for it in the meantime.

This Thursday, August 13, will be the release of the first Magic: The Gathering Arena exclusive set entitled Amonkhet Remastered. This set is, as the name implies, a “remastered” version of the two most recent Egypt themed sets to rotate out of Standard. Those sets being Amonkhet and Hour of Devastation. This new set will contain 338 cards from Amonkhet and Hour of Devastation and will be obtainable in boosters, limited events (meaning Sealed and Draft), and through crafting.

The set is designed to create a focus on an interesting, repeatable Limited player experience that will also provide support for Historic and, eventually, Pioneer Constructed formats. The two big keyword abilities from the sets, embalm and eternalize, will be reworked as “near hand castables” that will appear once the required card is in the graveyard and has its own special animation when entering the field via these abilities. 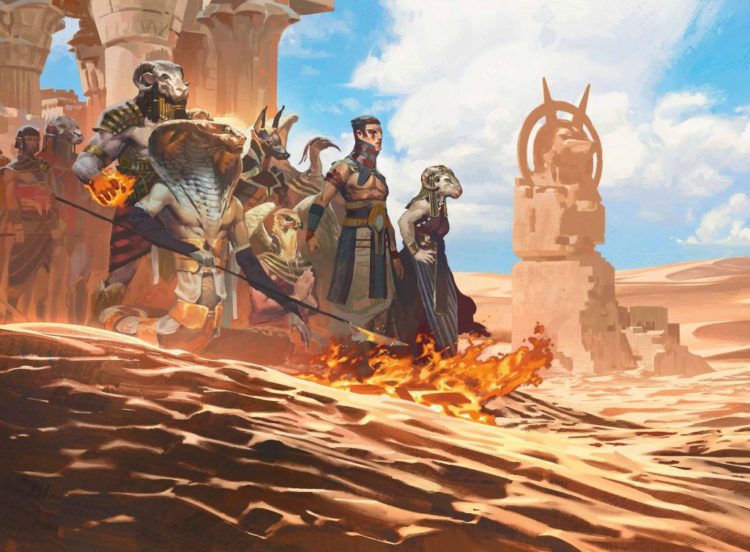 A much easier Egypt for players this time around

Exert abilities in Magic: The Gathering Arena Amonkhet Remastered will also have a special interface to make it easier for players to utilize their functions. When attacking with a creature with exert, you will be able to choose between attacking as normal or exerting. Exerted creatures will feature arrows when they are attacking. They will also have a specific visual effect for tapping to remind players that it doesn’t untap during the owner’s next untap step like normal. Once that untap step has passed, the card will appear tapped as normal.

Previews are almost wrapped up and you can check out where to find those previews here. Our sister site Destructoid was able to get some exclusive previews to share as well. Amonkhet Remastered will have several special events to celebrate its launch. The Premier Draft event will begin on August 13 and last until September 17. The Sealed event will also start on August 13 but will only last until August 21. So make sure to get your games in quickly before time runs out.