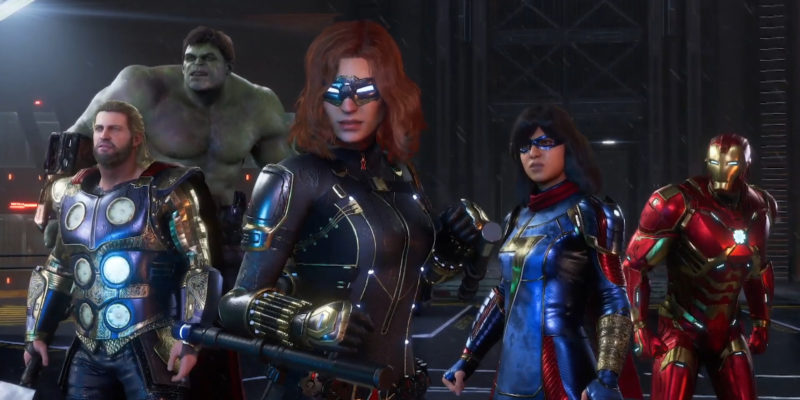 A fair number of games nowadays want to be a live service. Keep the players coming back with cosmetics and new content from time to time and there’s a lot of money to be made. While I don’t care much for that way of doing things, few licenses are a better fit for it than Marvel. It’s easy to be skeptical of another live service game that’s carefully designed to separate fans from their money, but Marvel’s Avengers is a good game all on its own. With the promise of years of support and new heroes and missions being added at regular intervals, it’s hard for me to not be at least a little excited by the prospects of seeing the game grow.

Unless you’ve been living under some kind of magic rock, you know what Marvel’s Avengers is about solely from reading the title. You play as Earth’s mightiest heroes as they battle evil with all sorts of awesome powers and tools. Specifically, the game is set in a separate continuity from the comics and movies. It concerns the fallout of the famous Terrigen gas release that created the Inhumans. The Avengers are blamed and go their separate ways, only for a young Inhuman by the name of Kamala Khan to be spurred into action to try to get the band back together.

It’s a very typical plot, but the writing, acting, and cutscenes are so enjoyable that I didn’t even care. The campaign is extremely well put together with a lot of clear reverence for the source material and characters. Stark is as humorously smug as always, Bruce Banner’s conflicted nature is effective, and Kamala’s earnestness and self-reflection root the story in a surprising amount of pathos that helps make it an excellent Avengers tale. Even if you don’t care for all the gear and skill points, there’s still plenty here to enjoy for Marvel fans. 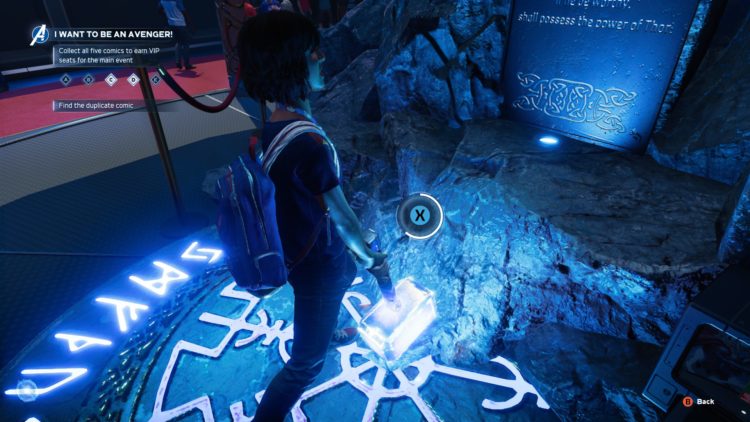 The campaign of Marvel’s Avengers plays out in a mostly standard way. It’s a linear set of 19 main missions broken up by optional side missions focusing on specific characters and routine missions that you can play for experience and loot. That being said, there’s an impressive amount of variety to the campaign. You mostly just beat dudes and robots to death, but there are plenty of platforming sections and some mighty impressive set pieces here and there. You’ll even see a stealth section or two, plus there’s always exploring the Chimera (the Avengers’ helicarrier) between missions.

The story in Marvel’s Avengers isn’t especially long, but there’s a good amount of stuff to keep you busy before you jump into the post-story mode. Campaign missions are typically focused on narrative, while the others are in line with what you’ll see in games like Warframe and Destiny. Typically, you’re either dropped directly at a facility where you’ll fight your way to a room where you’ll need to hold points to build up a meter before your enemies do, dispatch certain enemies, or destroy specific objects.

It’s all simple, yet effective. There are several areas where these missions can take place and they offer wide outdoor spaces that are fun to stretch your legs in (sometimes literally.) There’s a metropolitan city area, the tundra, a lush forest, canyons, and the like. The environments are typically gorgeous, with great use of textures and foliage. Cutscenes, characters, and their animations are similarly effective. Marvel’s Avengers is a AAA game after all, and it certainly looks the part. At any time you can use a spatial awareness feature to check for nearby points of interest which often include gear chests, strong enemies, and you can even find your way to hidden vaults. 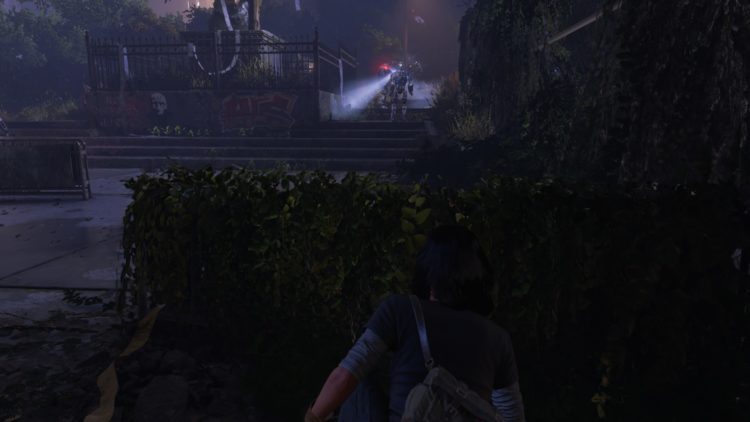 None of this would mean much if the combat wasn’t any good, but Marvel’s Avengers is a lot of fun, even if it keeps things mostly simple. I was hoping for it to be a full ARPG, but it only really goes half-way. Each character has light and heavy strikes that can be mixed together, sometimes to form their own special combos. Holding the attack buttons generally offers different moves as well. Holding the heavy attack for most characters charges up an even stronger heavy strike that typically breaks an enemy’s guard. Characters can also dodge and even fly if they’ve got the capability to do so.

The ARPG mechanics are more on display with character abilities. Everyone has three and they’re typically very handy when it comes to turning the tides of a tough fight. However, they’re less like typical ARPG skills and more like supers, similar to how character abilities work in Warframe. You’re not going to be constantly cycling between them, much to my chagrin. They naturally vary in usefulness from character-to-character. There are also specific abilities that make use of a meter, and these vary wildly too. Hulk’s makes use of his rage, which does extra damage and heals him, while Ms. Marvel makes herself larger and stronger. Iron Man’s is used as a stun parry that immobilizes foes. The characters play very differently in a lot of respects like this.

The enemies are all guys and robots and the latter break apart in amusing ways. Enemies can be fairly tough too, as I found myself dying more than expected during solo campaign missions. Although Marvel’s Avengers feels and plays a lot like a beat-em-up at times, you do need to pay attention and especially watch out for ranged enemies who are more than happy to consistently take potshots at you. Whenever a hero runs out of health, their team members can revive them simply by standing close by. You can have three AI companions with you if you want, but playing with other people is obviously very much encouraged, as your AI teammates don’t really focus on objectives much at all. 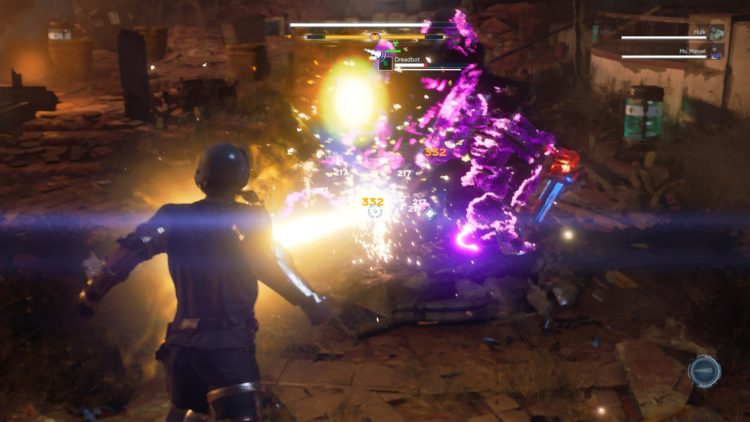 A bright road ahead

There’s also tons of loot, as you’d imagine. Each character has four main slots that equipment can be placed in. Everything can affect damage, defense, and abilities, plus they often have bonuses. As characters level up, they earn skill points that can earn them new moves and are used to further improve various statistics and whatnot. You can also get components from boxes and dismantling unneeded gear that you can use to buy new gear or cosmetics from vendors. You can supplement all of this by doing a faction’s daily quests to try and keep yourself flush.

As for the PC port, Marvel’s Avengers is a bit of a mixed bag. I played it on an AMD GPU and had a surprising amount of problems. I’ve had crashes during cutscenes, after completing missions, and my entire PC got crashed once just from clicking play in the launcher. One of the most persistently annoying issues I’ve had is that the video will stop moving during cutscenes while the audio continues for a bit before the whole thing freezes. This usually results in me waiting half a minute or more for the game to right itself. Early on, I had some stuttering as well, which somehow resolved itself despite the fact that I didn’t see a patch. My colleague on an Nvidia GPU had hardly any trouble outside of occasional frame drops, however.

As for the game, though, it’s just getting started. New heroes and missions are already set to start pouring in soon and I’m looking forward to trying them all out while continuing to level up the six that are already included. Anyone looking to stomp some enemies and collect loot with Marvel heroes will find a lot to like here already. At its core, Marvel’s Avengers is a fun, flashy time that will likely do very well. They better add Wolverine at some point, though. 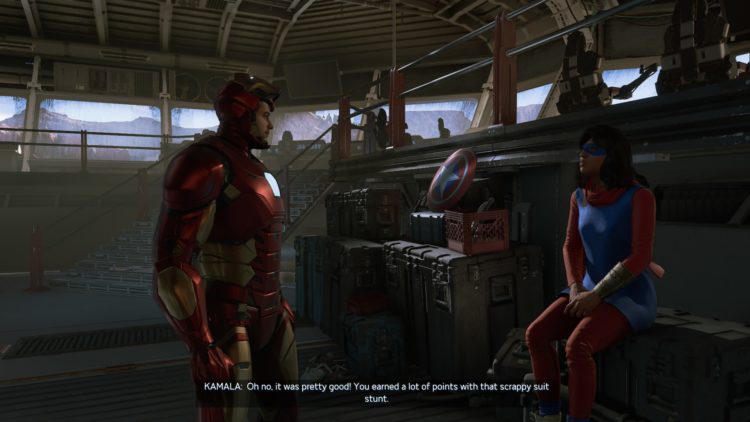 Marvel's Avengers is a very entertaining game that makes great use of its characters. The PC version gave me some problems and many others are having similar issues, but it's an enjoyable time with a lot of value.