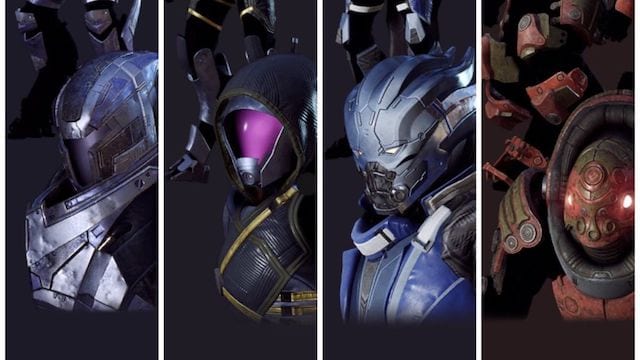 Just in case the casual Mass Effect players forgot, tomorrow, November 7, is N7 Day. It celebrates all things with the legendary BioWare space saga, including stories, livestreams, and more. And while there isn’t a new game for players to enjoy at the moment, the developer has something else in mind: It has released a series of new javelin skins for its game Anthem, which are available in-game now. According to a report, there are four skins in all, along with a new emote and wrap.

What do these skins have to offer?

First off, there’s a Turian skin that now turns that particular javelin into a Garrus lookalike, straight out of Mass Effect 3. There’s also a new Storm skin, one that features a design similar to that of Liara with an Asari theme. Rounding things out, there’s a Colossus skin with a Krogan theme and an Interceptor with a Quarian touch. 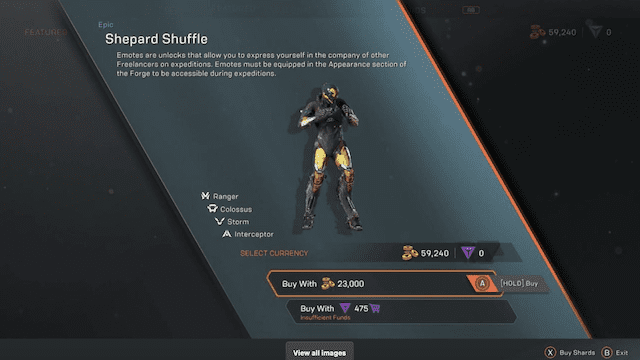 You’ll need to buy the skins in-game, using Coin currency. They go for about 61,000 apiece, or roughly $8 in U.S. dollars. That may be a not-insubstantial price to pay, but hey, you get a dose of Mass Effect in Anthem. And considering that the game hasn’t seen much new content lately, die-hard players will take what they can get.

In addition, the new emote in the store is the Shepard Shuffle. With it, players can take on the legendary commander’s dance with their javelin of choice. The new Mass Effect: Andromeda wrap also enables players to create armor worn by characters from that specific entry of the series. 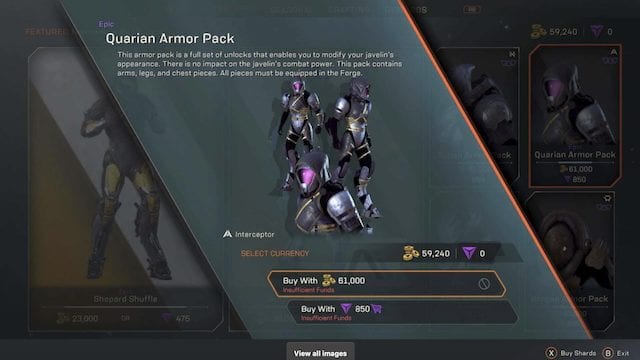 This may not be as meaningful as what BioWare did last year, when studio head Casey Hudson expressed his aspirations for Mass Effect‘s future. The team confirmed earlier this year that they’re not done with the franchise, so fans can hold onto that hope. (However, keep in mind that there’s a new Dragon Age that’s on the horizon first. News on that front could come as soon as early next month.)

In the meantime, Anthem players can dive in and see what these new skins have to offer. Will that be the last Mass Effect thing we see for N7 Day? We’ll find out soon enough.