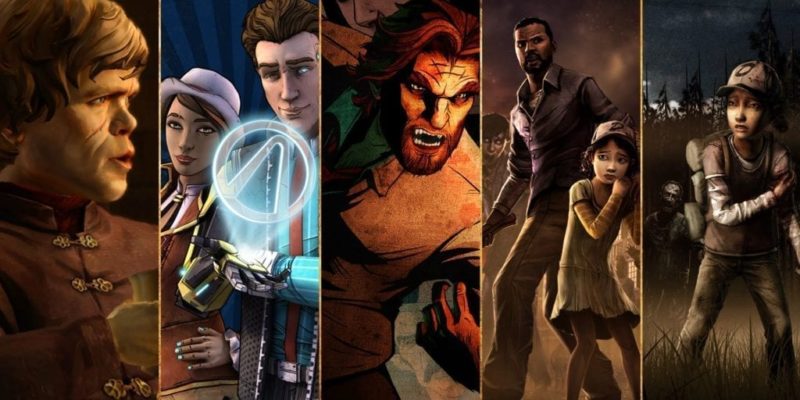 The days of Telltale Games, makers of episodic games such as The Walking Dead and The Wolf Among Us, may be numbered. Multiple reports from social media and The Verge revealed today that the game studio intends to lay off all but 25 of its employees. Telltale Games will retain a skeleton crew who will finish the final season of The Walking Dead. Unfortunately, the studio reportedly let all employees go without any promise of severance pay.

Telltale is not officially closing their doors at this time. However, the future of the game studio is unclear. There is no official statement from the studio as of now.

To clear up the Telltale confusion:
It's not closing down.
But it is laying off 225 of 250 people.
That's about as close to a closure as you can get without actually ending the company.
That seems like the source of the confusion.

Rumors started swirling earlier today when former CEO and co-founder of Telltale Games, Kevin Bruner, posted an obituary for the studio on his personal blog. Bruner had previously sued the company in June for financial damages after being ousted from it in 2017. Telltale Games called the lawsuit “an apparent means of extracting revenge on a company already under financial strain.”

This story shook the games industry and quickly made its rounds on social media. There were reports of trouble earlier this year for Telltale Games. Reports of overworked developers and toxic management came to plague the game studio. However, it seemed like things were finally looking up again after they secured the rights to popular Netflix series Stranger Things. The studio was also working The Wolf Among Us 2, a sequel to its debut game. Reportedly, it has canceled both of these games, along with all other future projects.

Telltale Games had some of the most talented people in our industry driving it. They pioneered new ground in games which focused heavily on the influence of player choice. Everyone here at PC Invasion hopes that those affected by these layoffs manage to find new employment quickly and easily.

A tweet from Telltale Games has confirmed the layoffs. It also notes that we will hear more regarding its portfolio of games and their futures in the coming weeks. A lead writer at the studio, Jessica Krause, has also taken to Twitter to express her sorrow that “we won’t be able to show you all Wolf.” This appears to confirm that The Wolf Among Us 2 has been canceled.

In a statement to Variety, Netflix had this to say on their projects with Telltale Games:

“We are saddened by the news about Telltale Games – they developed many great games in the past and left an indelible mark in the industry. ‘Minecraft: Story Mode’ is still moving forward as planned. We are in the process of evaluating other options for bringing the ‘Stranger Things’ universe to life in an interactive medium.”

This story is developing…