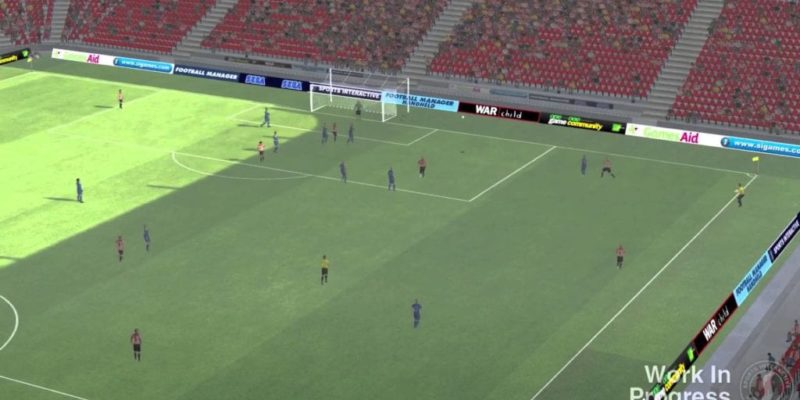 I have to say, this early footage of the Football Manager 2014 match engine doesn’t gel with my memories of the game. There are far too many amazing goals being scored and not nearly enough of me watching my new striker fluff another one-on-one and shouting “OH COME ON YOU USELESS COCK” for it to really capture what I know and love about the series.

Still, it’s an early work-in-progress so maybe Sports Interactive will inject the players with more authentic ineptitude prior to release. Speaking of things prior to release, the voiceover from SI’s own Miles Jacobson suggests that pre-orders of Football Manager 2014 from certain retailers will get you beta access for the game a couple of weeks before it comes out.

For more on which features have inevitably been tweaked this year, have a look at the news story Tim wrote when the game was announced last week. FM 2014 is due out before Christmas.

It’s just a shot away: Shelter coming next week

Praise the sun: Race the Sun gets launch trailer on actual release day