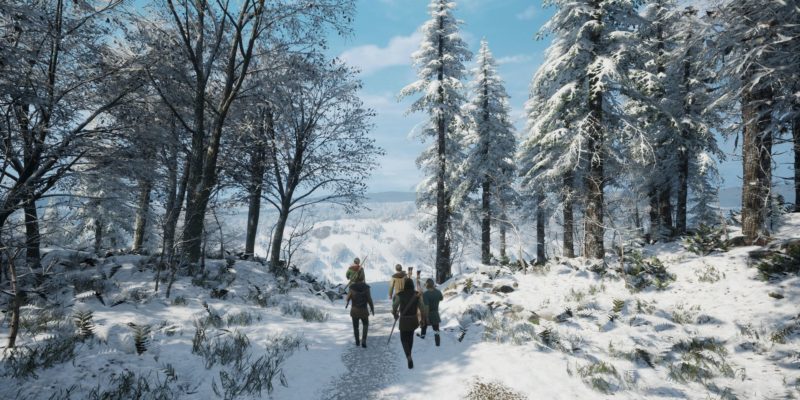 Medieval Dynasty is coming to PC Early Access this month, and publisher Toplitz Productions has some new trailers to show. The first of which is a gameplay trailer that gives us a quick glimpse at what’s required to create our own Medieval Dynasty. This open-world survival RPG gives us a look at a unique time period, showing what it took to survive in the dark ages.

The gameplay trailer shows off hunting, crafting, and how to build medieval settlements. The clip emphasizes how inexperienced you’ll be when you start the game’s journey, implying a steep progression curve throughout the game. Once things get going though, we’re expecting a level of freedom rarely utilized for this time period in games. Hopefully, we too can “establish a prosperous Dynasty.”

Toplitz Productions also showcased a second trailer. This short clip casts a light on the development process behind Medieval Dynasty. It shows what it took to bring the game to life, with a mixture of behind-the-scenes shots and in-game clips. It would have been nice to have a little more developer commentary on this one, as it’s pretty barebones. Hopefully, the team goes into more detail around the game’s release date.

Speaking of which, the early access launch is right around the corner. Medieval Dynasty enters early access on September 17, granting players the chance to help shape the development process. We went hands on with the game in a preview build back in July, and came out pretty impressed. While the game still needed work, it was visually pleasing and offered a unique look at the time period. Sure, survival games of this ilk are pretty common these days, but you’re usually fighting giant dinosaurs or even your own sanity. Medieval Dynasty is a more serene experience, and we’re interested in seeing where it goes. Medieval Dynasty launches into Steam Early Access on September 17.

Dead by Daylight undergoing graphical overhaul with The Realm Beyond