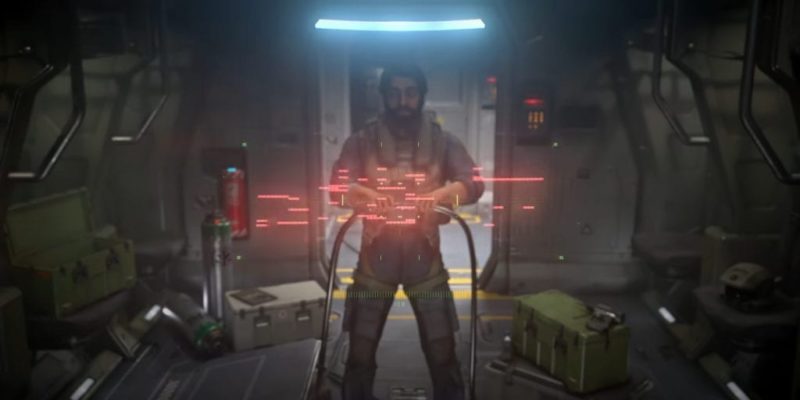 Halo developers Bungie and 343 Industries have always had a soft spot for planting secrets in their games. From reversed messages in Halo 3, to hidden cameos of internet celebrities and hippos on shotgun shells, the Halo series is chalk full hidden goodies. And who can forget the famous I Love Bees alternate reality game from the Halo 2 marketing campaign? Usually, fans have been able to comb out most of these delicious little crumbs. The tradition seems to continue with the upcoming Halo Infinite, as a sharp-eyed Twitter user has managed to discover a hidden message in the game’s recent E3 trailer.

Though it certainly took long enough. Frankly, the message isn’t all that well hidden. Hell, even the Halo Twitter account was quick to reply with a gif of Spartan mom Catherine Halsey saying, “Took you long enough.” Regardless, the code has been found, as well as deciphered.

There is a quick flash of a QR code during the trailer. It occurs around the 3:30 mark, and could be easily mistaken as a blur of high-tech nonsense as Master Chief’s armor reboots. Twitter user Xepyal found the image and deciphered the code: a website link.

This is how I got it, took multiple screenshots of the red bars and put them all together, then I had to make the QR code pic.twitter.com/Rjitz6W2Sw

A part of me

The link itself contains only a brief audio clip. It begins with a series of heavy footsteps, followed by what is clearly Cortana’s voice. Of course, it would make sense for Cortana to return in Halo Infinite. After all, her story wasn’t finished with the end of Halo Guardians. However, the message itself hints that something else is going on with the AI’s current status. Her return could change things for our big, green friend.

The audio clip could also tie into the end of the E3 trailer. As the trailer reached its end, we see the Chief marching toward what is clearly a Halo control room. Was he able to find a remainder of Cortana on some wayward Halo ring? Will she — or a part of her — return as the Chief’s head-infesting partner? I’ll admit, I like that idea, despite it sounding somewhat redundant. It would be almost as if 343 was aware that it took the story of Guardians to some wonky places (it did).

Still, Cortana returning in some form as an ally once again to go against evil Cortana could be quite the twist. And I’m all up for it. All I need is a weapon.