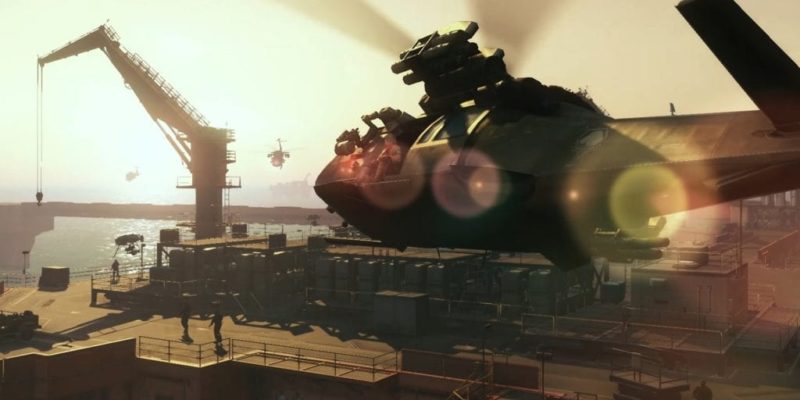 Just as at E3, Gamescom brings another extensive (no … really extensive) gameplay overview video from Metal Gear Solid V: The Phantom Pain. This latest 30 minute opus is all about the features and functions of Mother Base.

It doesn’t go into everything (both to avoid spoiling too many things, and to avoid it running to about two hours) but covers a lot of important aspects of this central mission and research hub. Plus some less important but entertaining things, such as the need for Big Boss to take an on-site shower every now and again. If he doesn’t, he ends up surrounded by flies and shunned by his troops, who’ll wince and gag when you’re near.

Mother Base is where all your Metal Gear Solid V recruits (taken in the field by Fulton) wind up, and get organised into various combat or support teams. The former can go on missions in your place (if they have useful specialist skills,) while the latter are the ones who’ll deliver supplies, air strikes, and other battlefield aid. If you want to micro-manage your team and assign them missions yourself, you can; but you can also leave it to Miller if you fancy.

This video spends the later half of the presentation going into detail about the online, MMO-ish ‘Forward Operating Base’ system. If you have a FOB, it can help to gather resources for Mother Base – but will also leave the same FOB open to attack from other players. Watch the video for the whole defense/attack aspect of this (it’s more 1-on-1 than the squad based stuff promised in Metal Gear Online.)

The video also confirms that you don’t have to get involved with any of that online stuff if you don’t want. Metal Gear Solid V: The Phantom Pain can be finished just fine without building any FOBs.

Here’s the 30 minute base tour extravaganza. Below, there’s a more general cinematic trailer that was also released during Gamescom. Metal Gear Solid V will be released on 1 September (even on PC, Konami bumped the date up.)