4A Games has a tradition when it comes to its Metro franchise. It releases a title, then two years or so down the line a “redux” version of that game comes out, hence Metro Last Light: Redux. However, this time around 4A Games is dropping its naming scheme but keeping the theme. The studio is releasing Metro Exodus: Enhanced Edition, a new version of its latest title fitted with plenty of next-gen enhancements for PC, including “Advanced Ray Traced Reflections” and DLSS support.

Announced today via a post on its page, 4A games revealed the full suite of improvements coming in Metro Exodus: Enhanced Edition. This version of the game was apparently built with high-end computers in mind. Anyone looking to experience it in full will need a GPU capable of ray tracing. However, 4A games also emphasized the use of DLSS 2.0, seemingly leaning towards team green’s graphics cards.

If it wasn’t clear yet, Metro Exodus: Enhanced Edition is putting a massive focus on ray tracing. While the game already features ray tracing, this version will further enhance the technique. Players should notice that this “upgraded implementation” results in boosts to visual detail and performance.

Where to pick up the enhanced Metro 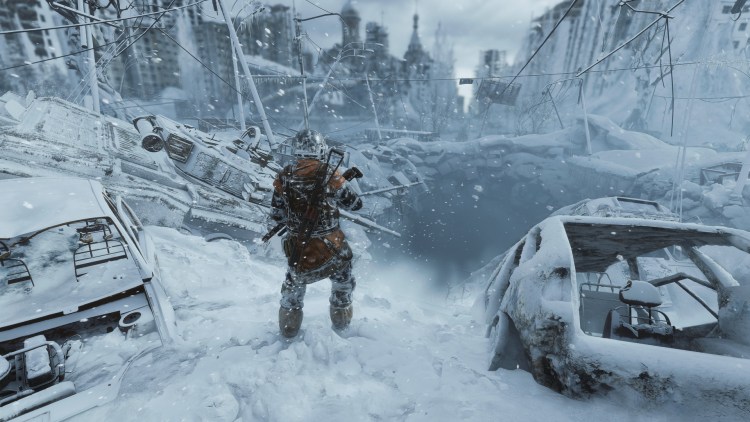 Soon enough, more players than ever well also be able to play Metro Exodus. The game’s previously announced Mac and Linux versions are nearly ready to hit digital store shelves. The Mac version will arrive on the Apple Store, Steam, and Epic Games Store this coming March. However, the Linux version will take a little bit longer, releasing later this year on Steam.

Overcooked! All You Can Eat heads to PC via Steam late March