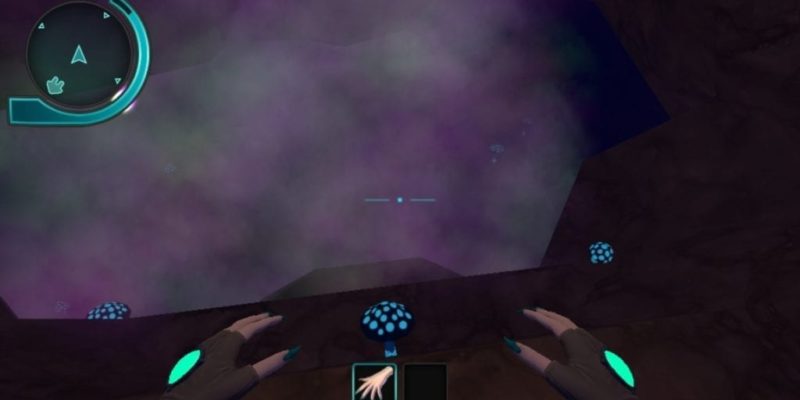 To be upfront, I love games based around digging for treasure in mines. A light source, a pickaxe, and a way back up are all I need to get lost in a game for hours. Miasma Caves, which enters Early Access on January 23, bills itself as a pacifist roguelite adventure that’s all about searching for treasure. So, it could possibly be just the thing I’ve been looking for.

There’s hardly any story in Miasma Caves right now. You play as a dragon girl named Lesath who is exploring the titular caves. Then you use the treasures you find to improve your small village. There really isn’t much to say about the plot, which is fine. I don’t need much of a narrative reason to dig and spelunk my way to the game’s riches.

That being said, Miasma Caves‘ visuals are very rough. The game seriously needs some anti-aliasing, and the character models are very simple. But a bigger issue is that you barely spend any time in the village that you’re trying to improve, and there’s hardly a reason to stick around. Characters stand around motionlessly and wait for you to talk to them, all the while looking like they came from a mid-’00s title. Mostly, you’ll find yourself in the caves. However, it’s so dark you won’t be able to make out much of anything in there. However, this isn’t a big deal since it’s all plain rocks with occasional beasts roaming around. 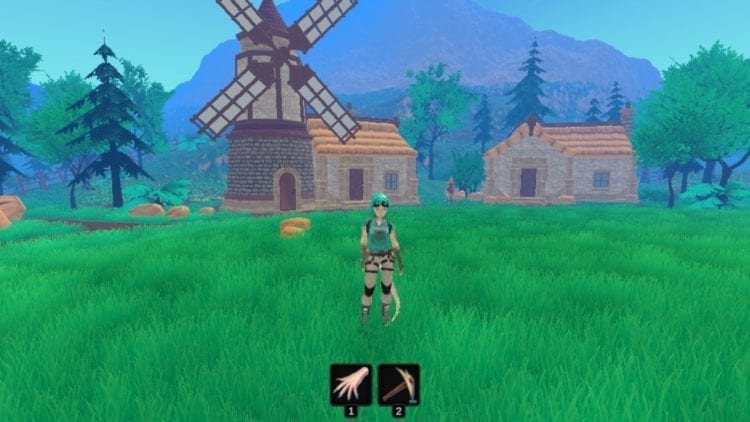 So, the graphics are underwhelming, but as long as the gameplay is solid, that doesn’t matter much. Unfortunately, the game didn’t grab me at all. Each run starts with Lesath entering the cave. It’s easy to be fooled by the fact that you start with a pickaxe and that Lesath has claws she can use to dig, but Miasma Caves isn’t about mining. Instead, the pathways through the cave are already in place. She usually only needs to dig through a few rocks to fit through entryways.

That also means that the treasures you find will just be lying on the ground. Right now, there’s very little sense of discovery, since all you do is pick things up, identify them, then head back to the village to sell them. Money can be spent on more equipment or to improve a few aspects of the village. But investing in shops only gives a few more items to purchase.

The basic gameplay isn’t any fun, and it’s complicated further with bothersome design choices. As I’ve mentioned, it’s so dark you can barely see anything. You can equip torches, but I didn’t notice any real difference in the amount of light when one was burning. On top of that, the torches burn out insanely fast. In my first run, I found a pair of gem gloves that would supposedly light things up without the need for torches, but I didn’t notice any additional light using them either. 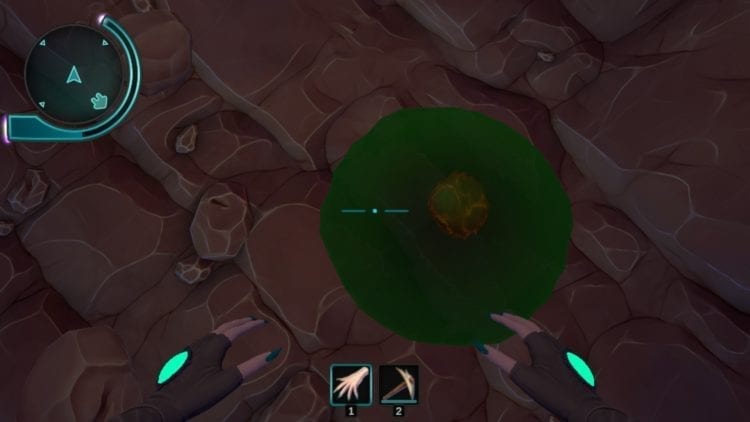 Lesath can dig up all of the rock surfaces in the mines, either with her claws or a pickaxe. But you rarely need to do this. A pickaxe can clear a piece of rock with three hits, while the claws take a bit more. You need to purchase each pickaxe from a shop, but they wear out at a ridiculous rate. You’ll probably clear about five rocks with a pickaxe before it breaks. As such, they aren’t worth the money.

Also, Miasma Caves may be a pacifist game, but Lesath can still die. Rocks can fall on her and there are sections covered in poisonous gas that can hurt her. Not only that, but her health will drop constantly by simply being in the mine. This would be more tolerable if it weren’t so obnoxiously difficult to find the entrance again. With multiple pathways pre-carved out when you enter the cave, it’s easy to get turned around with no idea how to get back. The game lets you drop glowing stones to create a trail. But these stones are expensive and slimes will eat them, further complicating your escape.

You also need to buy ropes to get out of chasms. If you run out of life before returning to the village, Lesath loses everything in her inventory except for what she has equipped, including her money. While I didn’t lose the gem gloves I mentioned earlier upon death, they did randomly vanish for reasons I’m unsure of. Since the system forces you to jump back into mines without equipment, you have to hope you find treasure close to the entrance. 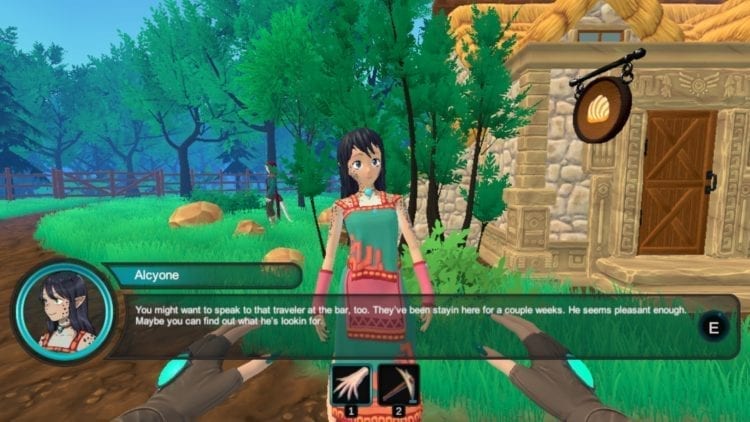 Lesath’s tiny inventory has separate tabs for holding your items and identifying them, which is kind of weird. Instead of just letting you right-click an item, you have to go to the identification tab and do it from there, which feels unnecessary. Shops don’t fare much better. For instance, there’s a treasure shop that only lets you sell things, but there’s no reason to use it as opposed to the normal ones.

Miasma Caves intrigued me at first glance. Unfortunately, this Early Access build doesn’t have enough to keep me interested. I really hope that the developer can iron out the game’s issues, but it looks like it still has a long road ahead of it. I’d love to be able to walk into a cave with my pickaxe and dig it, as  I’d love to find treasure by making my own route. As such, I’m definitely going to be keeping an eye on this game.

Yakuza Kiwami Unleashed On PC In February, Like A Dragon

By Mike Straw3 days ago
Features