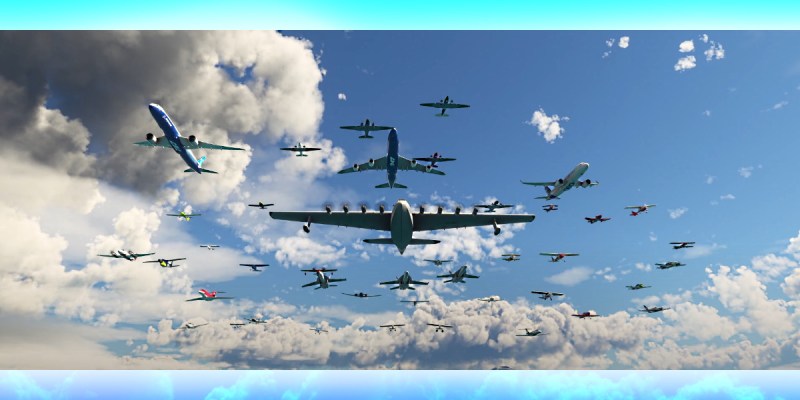 After several months of rolling down the runway, the 40th Anniversary Update/Sim Update 11 for Microsoft Flight Simulator has taken to the skies. With it, Microsoft celebrates the four decades its longest-running game series has been on the market.

As part of honoring its history, the update includes a wide variety of returning aircraft from past entries, all remodeled with advanced new flight characteristics and authentic visual complexity. Additionally, some new aircraft to the series are also a part of the update, along with the return of Mission Mode and classic airports, such as the legendary Megs Field in Chicago—the original starting point in many of the past Microsoft Flight Simulator entries.

The historical Wright Flyer, grandfather of aviation, along with the iconic Airbus A310, massive Hughes H-4 “Spruce Goose” Hercules, and sporty Grumman Goose are just some of the new planes that come to Microsoft Flight Simulator as part of the 40th Anniversary release. In all, there are 12 completely free new aircraft, including the return of helicopters and gliders. Asobo has been working hard for the last few months outfitting the sim with new dynamics to prepare for their return.

Here’s the list of all the new aircraft, which are available to all players, regardless of which edition of Microsoft Flight Simulator they own.

More under the hood

In addition to all-new content, the 40th Anniversary Update for Microsoft Flight Simulator all includes some upgrades to the core sim itself. This includes even more support for Nvidia DLSS, with the arrival of DLSS3 for RTX 40 Series cards. Nvidia Reflex is also supported, along with Auto and DLAA modes for DLSS. The update also includes support for AMD FSR2.

The “atmospheric simulation” has also been improved, which brings with it a great focus on thermals (which will be extremely advantageous to glider pilots). You can also toggle on/off 3D thermals in the Weather menu. 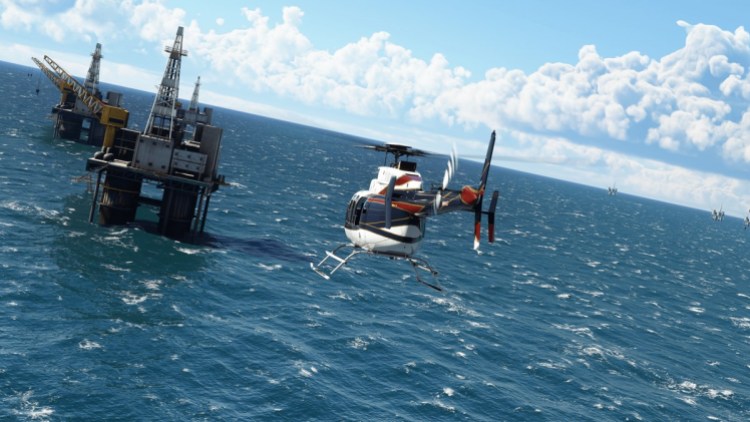 This is just the tip of the iceberg when it comes to patch notes for this update. Other areas of the sim have also been enhanced, including live traffic, weather, support for new peripherals, various avionics, and a whole lot more. The entire update is over 21 GB, (with more to be additionally downloaded via the in-game Content Manager). Some of your pre-existing add-ons may need updates. 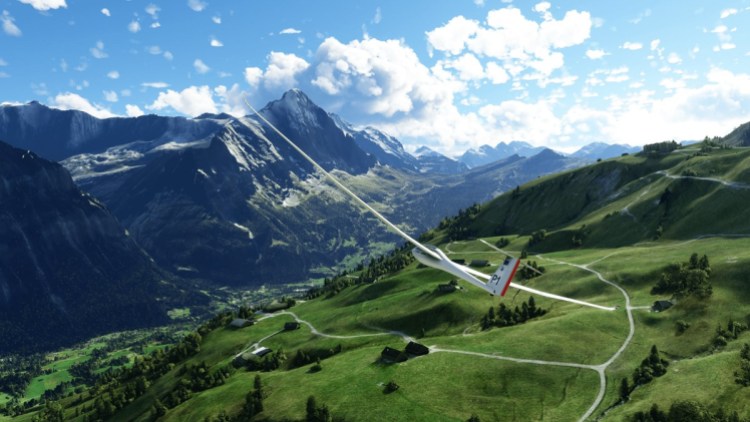